‘Shershaah’ not just a film, it’s an emotion: Karan Johar 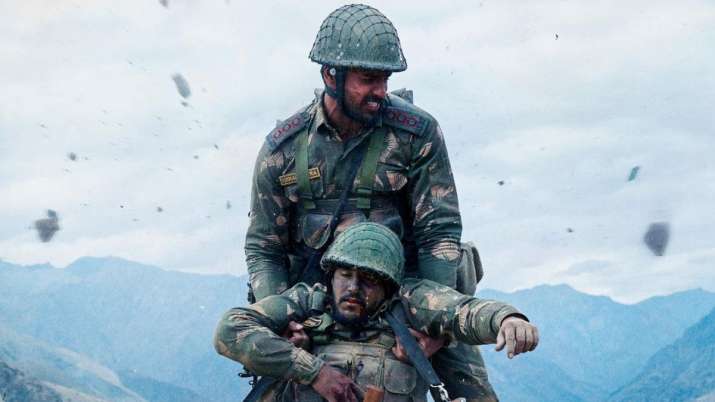 Filmmaker Karan Johar said it was a privilege to bring the story of Kargil hero Captain Vikram Batra to life in his upcoming production venture “Shershaah”. Captain Batra had led the charge of his troops of the 13th battalion of the ”JAKRIF” regiment of the Indian Army during the Kargil war in 1999. He was given the highest wartime gallantry award Param Vir Chakra posthumously.

The biographical war drama, directed by Vishnuvardan, takes its title from the martyr’s codename. It features actor Sidharth Malhotra in the double role of Captain Vikram Batra and his twin brother Vishal Batra.

“This is not just a film for us, but an emotion. It is a story on the brave Param Vir Chakra (awardee) Captain Vikram Batra. We are very honoured that we had the privilege to tell the story,” Johar said at the trailer launch of the film at the National Horse Polo Ground here in Drass town on the eve of the 22nd Kargil Vijay Diwas.

The producer said the team was thankful to the Indian Army for giving them the opportunity to unveil the trailer of their film here in Ladakh.

Johar also expressed his gratitude towards Captain Batra’s family for helping them in narrating the story. Vishal Batra, the twin brother of the war hero, said it was a dream come true to see the story come alive on screen.

“I would like to acknowledge the Indian Army, Ministry of Defence and General Bipin Rawat sir and General Y K Joshi. Since Vikram was a war veteran and a lot of people were inspired by his bravery, we requested them to help us,” Vishal Batra said, adding that he has been part of the film’s journey since past five years.

Due to his exemplary feat, Captain Batra was awarded many titles. He came to be fondly called the ‘Tiger of Drass’, the ‘Lion of Kargil’ and ‘Kargil Hero’.

Gen Rawat said he was hopeful that “Shershaah” will motivate filmmakers to tell more stories of India’s war heroes.

“We are thrilled that a film has been made on the life of Captain Vikram Batra. We would like to thank all of them. This is just the beginning. We hope just like this, many more films are made on other war heroes,” he said. The movie is scheduled to premiere on Amazon Prime Video on August 12.

The release of “Shershaah” via the streaming platform will allow the film to be showcased across 200 countries, Gen Rawat said.

“I believe with this, everyone will know the passion of Indian forces, the strength of our soldiers. It’ll be message to all, that ‘agar aap humse takraoge toh churchur ho jaoge,” he added.

Lt Gen Joshi, a Vir Chakra awardee and Captain Batra’s Commanding Officer during the Kargil war, said he was thrilled that a film is being made on the real-life hero.

“I was emotionally attached to Vikram Batra. When he sacrificed his life fighting, I was only 200 metres away. But today I am happy that a film has been made on his bravery, which will motivate the youth across India,” he said.

The film is jointly produced by Dharma Productions and Kaash Entertainment.