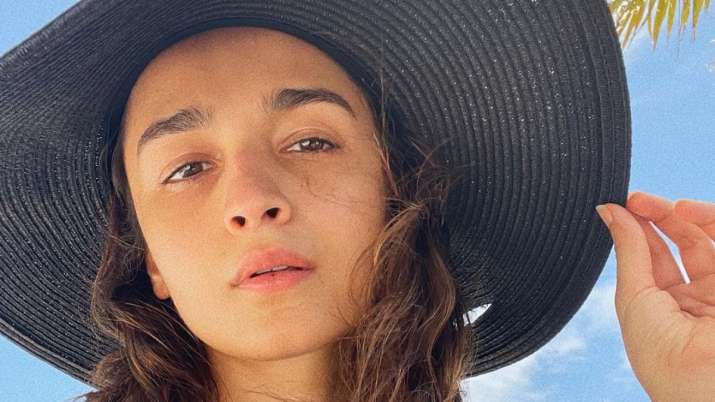 Monday Mantra! Bollywood actress Alia Bhatt on Monday treated her fans with a sun-kissed photo and a few words of wisdom. Taking to her Instagram handle, Alia can be seen soaking up the sun as she poses underneath a shade and a tree. Along with the image, she chose to add a catchy and meaningful caption. “Smile dream shine,” Alia wrote. Alia’s post left social media users in awe of her beauty.

Fashion designer Manish Malhotra commented: “Gorgeous.” The picture appears to be taken during Alia’s recent vacation with her friends in the Maldives.

The avid social media user recently gave a glimpse of her skincare routine on Instagram. The actress runs a vlog on YouTube on her name where she shares insights about her lifestyle. Revealing her skincare secrets, she shared a teaser video clip of her routine. In the short video, the actress is seen carrying her skincare bag and some applying skincare products on her face.

On the professional front, recently, Alia turned producer with her film “Darlings”, where she is acting opposite Shefali Shah. She also has “Gangubai Kathiawadi”. The film is inspired by a true story and is based on a chapter of Hussain Zaidi’s book “Mafia Queens Of Mumbai”.