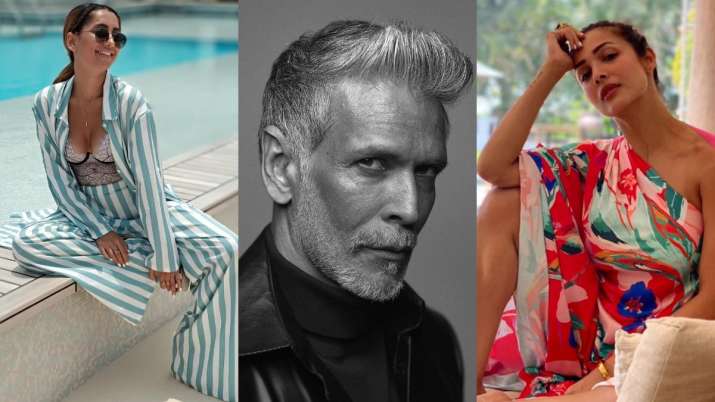 Television offers a number of reality shows for the audience but the love which Supermodel Of The Year receives is endless. Curated for all the fashion fanatics out there, the show welcomes girls from all across the country showcasing their inner diva. Looking at the popularity, the makers decided to bring a new season for everyone titled ‘Supermodel Of The Year 2’ which will be judged by Bollywood personalities Malaika Arora, Milind Soman and Anusha Dandekar. Masaba Gupta, Ujjwala Raut will not be a part of the show. With #UnapologeticallyYou as the theme, the show has conversations around stereotypes and questions preconceived notions around an individual and their choices.

The announcement of the show’s return on MTV was announced by the three judges on their respective social media handles. Sharing the video, Malaika wrote, “Be unapologetically you. MTV Supermodel Of The Year season 2, starting August 22nd, 7 pm on MTV India.” The actress says the second season will be a treat for the eyes for all the fashion fanatics.

Malaika said: “I’ve always been in awe of the grit and passion the women of today possess, and MTV Supermodel of the Year sets the foundation for these talented ladies to showcase their individuality in the most impressive form. With the first season being an absolute rollercoaster for us, the second one is sure to be a notch higher.”

Milind shared: “Being a supermodel is all about putting your best out there and embracing all that is unabashedly you. We saw that come alive in the first season of the show and were stunned by the confidence, poise, and grace in each one of the contestants. With the dynamic world of fashion bringing in new trends and styles, it will be interesting to see how the young women of today stand out of the crowd and lead by example.”

Milind added that the stakes will be higher this season.

Anusha says she has always believed that fashion and beauty is more than just stylish outfits and a perfect face.

She shared: “It can be a powerful way to feel inspired and present the most authentic version of yourself. The best thing about fashion and beauty is that you can express yourself through your style and personality regardless of where you come from, and we strive to follow the same mantra with ‘Supermodel of the Year'”.

For those unversed, Manila Pradhan from Namchi (Sikkim) was the winner of the first season. Meanwhile, ‘Supermodel of the Year Season 2’ is slated to premiere in August on MTV.