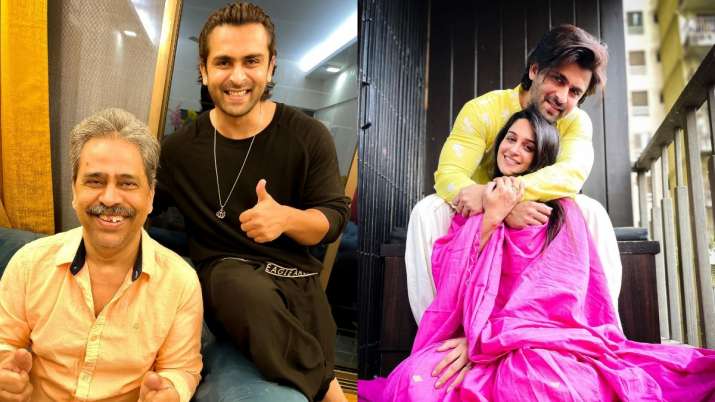 Television actor Shoaib Ibrahim’s father suffered a brain stroke on Sunday morning and he has been admitted to the Intensive Care Unit (ICU) of a hospital in Mumbai. Shoaib took to his Instagram stories and asked his fans for their ‘prayers and strength.’ 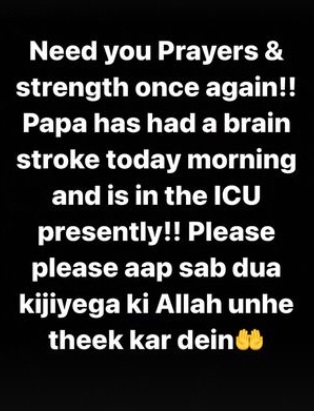 Shoaib’s father was hospitalised in February this year as well. He had undergone surgery. The actor who keeps his fans and followers updated about his personal and professional life had shared a post on February 14 with his father from the hospital and captioned it, “Alhamdulilla”.

Shoaib and Dipika both run a successful Youtube channel where they share updates about their life. Recently, he held a live streaming for his fans where he recalled his days of struggle in the entertainment industry. He revealed that he went against his father’s desire to pursue a career in acting.

Shoaib said in Hindi, “Dad told me to complete my studies first, and then we’d see what happens. I didn’t know anyone in the film industry, so my struggle began in Bhopal. I used to go for whatever auditions I could find. I knew they were fake auditions, and that they would demand money, but I’d still go just to be able to rehearse delivering dialogues.”

On the professional font, Shoaib has been part of popular daily soaps like Koi Laut Ke Aaya Hai, Ishq Mein Marjawan and Sasural Simar Ka, among others. On the other hand Dipika was last seen in Sasural Simar Ka 2.