Kriti Kharbanda on marriage with Pulkit Samrat: ‘I choose to answer this question only to my parents’ 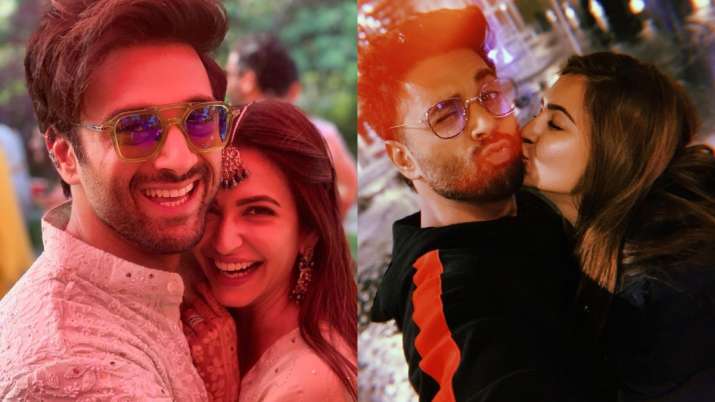 Bollywood actress Kriti Kharbanda is currently riding high on the success of 14 Phere, which was released on OTT platform a couple of days ago. The actress is on a signing spree as she has multiple projects in her kitty. In a recent interview, Kriti spoke about her wedding plans with boyfriend-actor Pulkit Samrat. While she opened up about her relationship with Samrat, anything beyond that is very private to her. Kriti stated that she is only answerable to her parents about her marriage plans or beyond.

Speaking about her marriage plans, Kriti told ETimes “I choose to answer this question only to my parents. I am an extremely private person. But I am also someone who does not shy away from accepting what her reality is. When Pulkit and I started dating each other, I was very open about it. As open as I can be, I’ve already shared it with everyone. Anything beyond that is a very sacred part of the relationship for me, these are the things which are private and meant only for me and my family.”

“Unfortunately or fortunately, I don’t allow anyone to enter that space. While I understand there is curiosity, the honest truth of the matter is that for me, it is a sacred part of my relationship and it is a private matter and I share it as much as I am comfortable with,” she added.

When asked about a ‘lavish wedding,’ Kriti responded, “I am a very spontaneous person. I’m not one of those girls who have planned this in my head. Very frankly, I am telling you I’ve never thought about it. I have always believed in living in the moment. You never know, matlab woh mere mood par depend karta hai (A lot depends on my mood). You never know what the future has in store for you. So why plan something? Matlab, jab hona hoga tab hoga. Aur tab kya hoga mujhe kya pata? (What will happen will happen. I don’t know what will happen though). For all you know, I will be surprised, too.”

On the professional front, Kriti was seen in the digital film “14 Phere”. She plays a girl called Aditi, who is in love with Sanjay, played by Vikrant Massey.