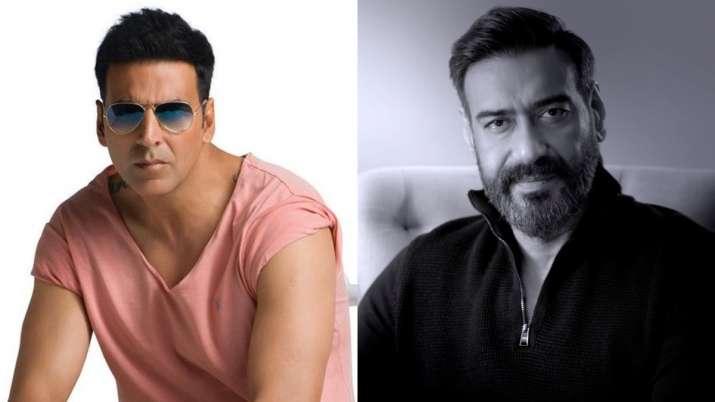 A day after Kargil Vijay Diwas on July 26 Bollywood actor Ajay Devgn performed a heartfelt poem as a tribute to the Indian soldiers. Ajay shared a video in which he can be seen reciting the beautiful poem, Sipahi by Manoj Muntashir. The poem brought actor Akshay Kumar to tears. Reacting to the video, he tweeted, “I’m not very expressive when it comes to emotions in real life. But this got me in tears. @ajaydevgn I didn’t know you have a brilliant poet in you. Kis Kis baat pe dil jeetoge yaar?”

Later, he tweeted to clarify that he mistakenly took Ajay as the writer of the poem, “Just got to know that the words of the very moving poem are by the amazingly talented @manojmuntashir. Narrated by @ajaydevgn.” Manoj replied, saying, “Whatever little talent I have will always remain grateful to you @akshaykumar sir, for letting me write for you time and again. I am glad #Sipahi is narrated so well by @ajaydevgn sir and is touching millions of hearts already. More power to our soldiers.”

Thanking Akshay, Ajay wrote, “Thank you Akki @akshaykumar for the nicest words on my ‘poetic’ side. The praise feels good especially when it comes from a friend & esteemed colleague. I also need to thank @manojmuntashir for the poetry —Sipahi.”

On the 21st anniversary of Kargil Vijay Diwas, Akshay and many others paid tribute to the martyrs of the war. “Remembering our bravehearts who fought valiantly and sacrificed their lives in the line of duty. My salute to our heroes, aap hain toh hum hain (we are, because you are),” Akshay wrote.

Also read: Bhuj The Pride of India: Nora Fatehi reveals she got injured while shooting an action sequence | SEE PIC

Earlier, a sneak peek of the poem was shared in the trailer of Ajay Devgn’s upcoming film Bhuj: The Pride of India. The film is based on Indo-Pak war of 1971. It traces the journey of IAF Squadron Vijay Karnik, who was in charge of the Bhuj airport, and how he re-constructed an entire IAF airbase along with the help of 300 women from a local village in Madhapar to protect our country. The movie also stars Sanjay Dutt and Sonakshi Sinha.Directed by Abhishek Dudhaiya, the film will release on August 13, 2021 only on Disney+ Hotstar VIP.