Sapna Choudhary opens up on her son: Might post his picture and reveal his name on first birthday 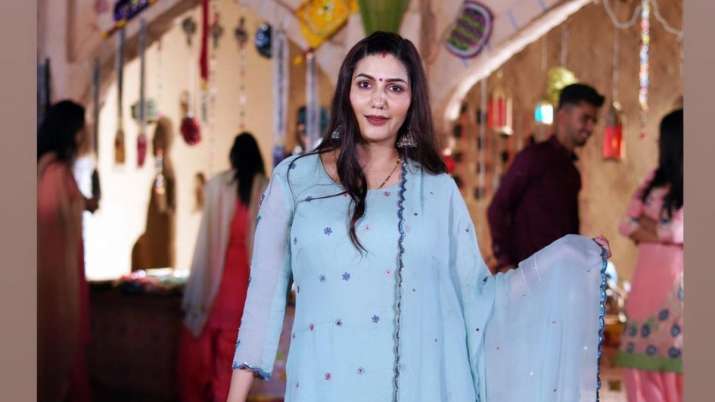 On October 4 last year, Haryanavi actress and dancer Sapna Choudhary gave birth to her first baby with husband Veer Sahu. Veer revealed about their secret wedding on a Facebook LIVE and confirmed that the couple has become parents to a baby boy last year. However, the duo hasn’t shared any pictures or revealed the name of their son yet. Sapna Choudhary claims that she does not want to raise her child in the spotlight and wants to keep him away from the attention.

Talking to TOI, Sapna revealed “My child is someone who is really not fussy at all, he lets me work in peace. He stays calm when I am away for work and the mental peace it gives me helps me work properly. We portray so many characters in our real lives but motherhood is something I have no words for. The magic can only be experienced,”

Sapna Choudhary also revealed that she might reveal the name of her son and even share a picture of him on social media as he turns one in October. She added, “My son is born to parents who work in the entertainment industry, but I want him to live a spotlight free life. I want him to have a normal, celeb-attention free life. He is someone who has brought all of us closer to each other and I want the best for him. He will be turning a year old in October and maybe that is when I might post his picture and reveal his name. But I will try to keep him away from all this till then.”

Talking about raising her son during the pandemic, the diva said, “Pandemic or no pandemic I think we would still have been careful for him. He is my son and I will always go an extra mile for him. Even though it is an unfortunate situation we are in, yet I feel we are providing him with the best and trying to bring him up in a safe and secure environment.”

Sapna Choudhary won many hearts when she appeared in the controversial reality show Bigg Boss. However, she made headlines last year when she tied the knot with longtime boyfriend Veer Sahu.

Talking about Veer Sahu, he is a singer, composer, lyricist and actor by profession and he is called Babbu Maan of Haryana. Like Sapna Choudhary, Veer Sahu is also from the Jaat community. Veer worked in the Punjabi film ‘Gandhi Phir Aay Gaye’.

Karnataka New CM: All About Basavaraj Bommai, Set To Step Into Father’s Shoes At 11 AM Today