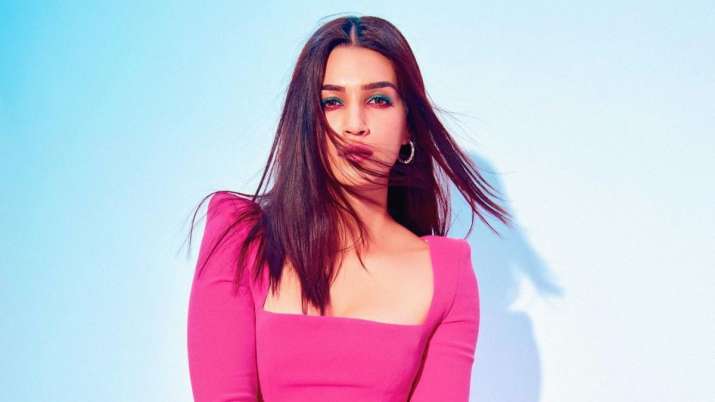 Kriti Sanon is making headlines these days for her stellar performance in the film Mimi. The actress played the role of a surrogate mother who is forced to keep the child after the parents refuse to own the unborn baby. Kriti is riding high on appreciation for her acting in the film. Other than expressing her gratitude to the fans, the actress is also using social media to put out her views on different things. After Dilip Kumar’s death, Sanon had slammed the paparazzi videos covering the legendary actor’s funeral. Now, she has revealed that it had made her angry.

Talking about Dilip Kumar’s funeral coverage, Kriti Sanon told ETimes, “I was angry when I saw those videos. It was horrible. Firstly, I don’t think there’s any need to cover funerals. That is a very personal thing. If tomorrow, you’re going through a loss, your family would not want it to flash everywhere. And why do people want to see that part of it, let it be private. And secondly, even if you are covering, why are you talking behind the camera, mute it. They were talking so badly, laughing about not getting the angle, shouting each other to get aside. It was really bad to see that. It is very insensitive.”

She added, “I know that there’s demand for information constantly. But that doesn’t mean that we leave our sensitivity and our human side and just do anything and everything. So it made me very angry at that time, it was an impulsive post and I do stick by it. I don’t have any idea if any change will happen or has happened because of that or not. I just felt like voicing it and that’s what I did.”

Dilip Kumar breathed his last on July 7th after succumbing to age-related health problems. Kriti had taken to her Instagram stories then to slam the paparazzi. She wrote, “Is it necessary for media and paparazzi to cover someone’s funeral? A funeral is a very personal affair and media should let people mourn in peace without a camera flashing in their faces! It’s disturbing to see videos of such a sensitive event with photographers talking casually in the background. I urge the media to please not cover funerals and give the family and closed ones their privacy. Would you like such a personal loss being flashed all over? Lets change things a bit.. Lets put humanity before profession!” 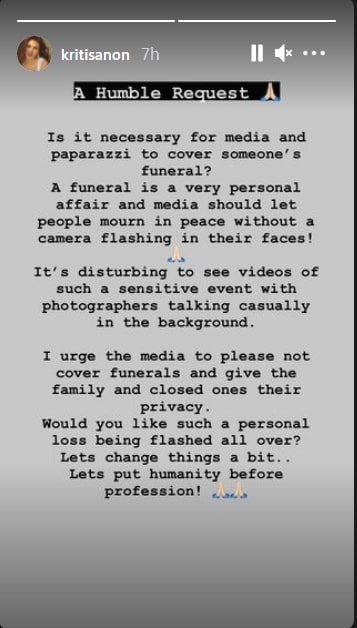