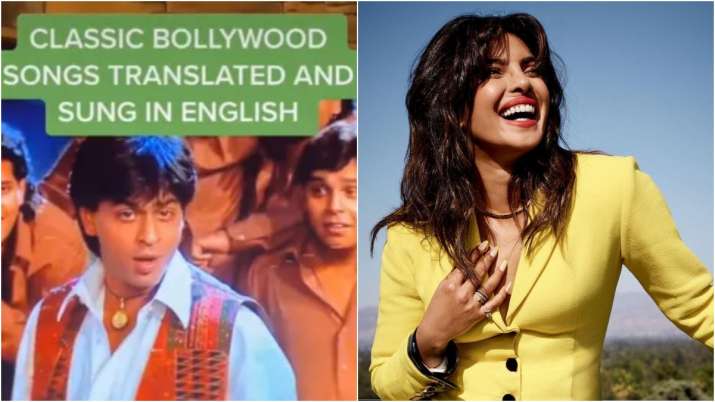 In a new Instagram video, singer Jay Sean sang the literal English translation of Shah Rukh Khan and Kajol‘s song Mehndi Laga Ke Rakhna from their popular film Dilwale Dulhania Le Jayenge. He posted the video with the title, “Classic Bollywood songs translated and sung in English.” He sang the hilarious literal translation by vibing to the sub-titles shown on the screen. Many users were left in splits after hearing his version of the song, including global star Priyanka Chopra Jonas.

The lyrics of the song go as: “Ye kudiyaan nashe di pudiyaan, ye munde gali de gunde,” which literally translates to “These girls are packets of intoxication, these guys are the alley’s gangsters,” in English; Whereas, “Mehndi laga ke rakhna, doli saja ke rakhna, lene tujhe o gori, aayenge tere sajna” is translated to “Apply henna on your hands, decorate your doli (palanquin). To take away ‘O beautiful’, Your lover will come.”

Sharing the video, Sean wrote, “Not quite the same innit.️ I deeply apologize if I have ruined this song for ur forever. However I will continue to do these coz they give me jokes.”

Reacting to the post, Priyanka Chopra commented on the post writing, “Hahahahahhaha.” The singer responded to her by dropping a bunch of laughing emojis.

For the unversed, Indian origin British singer Jay Sean is known for hits like “Eyes on you”, “Stolen” and “Dance with you”. His single “Down” put him on the global map, scaling number one on the Billboard Hot 100 chart in 2009.

Jaan Kumar Sanu reveals he wasn’t invited to Rahul Vaidya-Disha Parmar’s wedding: ‘Not sad about it’