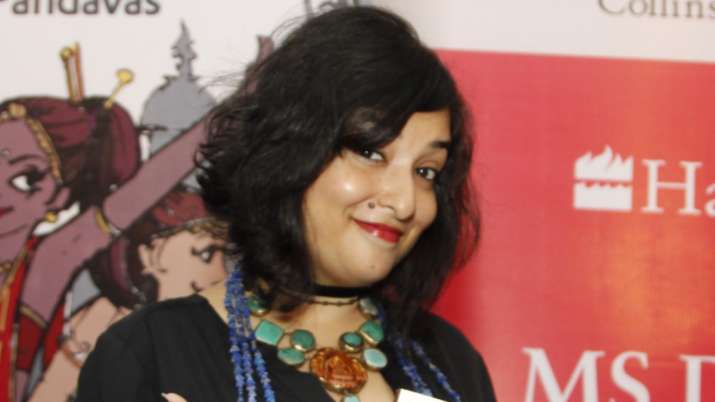 National Award-winning documentary filmmaker and author Trisha Das says that in her earlier days, even she was sexually harassed at the workplace and in the last five years a progressive change happened courtesy #MeToo. She also shares her interest in the screen adaptation of her latest book ‘Misters Kuru: A Return to Mahabharata’.

Trisha told IANS: “Being a feminist, from the time I wrote my first book ‘Ms Draupadi Kuru: After the Pandavas’ (in 2016) released, to the present time, one of the biggest changes that have happened and that has shifted the conversation on gender equality, injustice in society and workplace based on gender politics is the #MeToo movement.

“Back in the day when I was working as a documentary filmmaker, I was sexually harassed multiple times. But it was a fairly common practice at the workplace and women would look out for other women to comfort each other and protect each other.

“There was no social media where someone can share their story, so there was no accountability also. Remaining silent after facing such harassment was also common…men had no fear of repercussion. Social media and constant conversation around sexual harassment at the workplace, and the #MeToo movement has created the momentum.”

She adds, “While it is empowering for women, I hope this movement does not get politicised.”

Asked about why she did not openly share her story of #MeToo and Trisha replied, “those men were not renowned, I am not in touch with any of them, I do not even know where they are now! Back then we were not on social media or on WhatsApp that I could track them down.

“Having said that, I am glad how the situation has changed now. If men changed their behaviour knowing that there is a possible repercussion, even if there is a change in thoughts out of that fear, it is good; it reduces the amount of sexual harassment at the first place. That too is good!”

Her books ‘Ms Draupadi Kuru: After the Pandavas’, ‘Kama’s Last Sutra’, ‘Misters Kuru: A Return to Mahabharata’ are the reimagined, fictional work based on our mythology. Considering that all these stories hold the potential for screen adaptation, it seems Trisha also toying with the idea of the same.

Also read: Shilpa Shetty was in tears, shouted at Raj Kundra during house raid, ‘What was the need to do all this?’

“Honestly, even I am also talking to some of the film and show makers, for the screen adaptation be it series or web films of my book. But it is at such a premature level that I cannot really extensively talk on it. I might not direct the film/show but I will write the script. I believe, especially ‘Misters Kuru: A Return to Mahabharata’ has entertaining funny characters, that can make it a good watch onscreen.”

‘Golden Cards’ Given To Over 26,000 Families For Free Medical Aid In UP