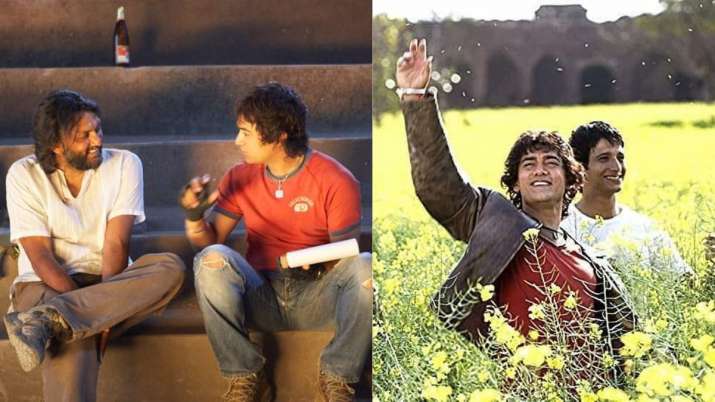 Filmmaker Rakeysh Omprakash Mehra has revealed that how superstar Aamir Khan helped him complete the movie, Rang De Basanti. In a newly released excerpt from Rakeysh’s autobiography, ‘The Stranger in the Mirror’ Toofan director mentioned that  Aamir demanded to be paid double the amount, Rs 8 crore, in case the film was delayed, this, in turn, pushed the director to come up with the movie before the deadline.

Sharing the interesting anecdote, Mehra stated,  “Aamir is a visionary and understands everything that is going wrong or right with the creative process. Sometimes, tough decisions like ‘let’s shoot for 10 more days’ became easy because Aamir backed the need to do it. Also, he had no ego about whose scene it was. If the scene belonged to the other boys, he would happily stay in the background because the film’s narrative was the Bible that could not be tampered with. Aamir’s cinematic understanding remains unparalleled in our industry. “

“Without his nod, RDB would have been another dreamer’s script gathering the dust of apathy and inertia. While signing on the dotted line, Aamir included a clause, which was the reason I ended up making the movie on time in the first place. Here’s an example: ‘If my fee is 4 crore and you don’t pay me on time, then you’ll have to pay me 8 crore for defaulting,’ he had said. I had never even seen 8 crore till then,” he added.

Mehra’s book, ‘The Stranger in the Mirror’, has been co-written by marketer-author Reeta Ramamurthy Gupta. It depicts the journey of his life from college to the film industry days.

After Krunal, These Six Indian Cricketers To Miss Remaining T20Is Due To Covid-19 Concerns