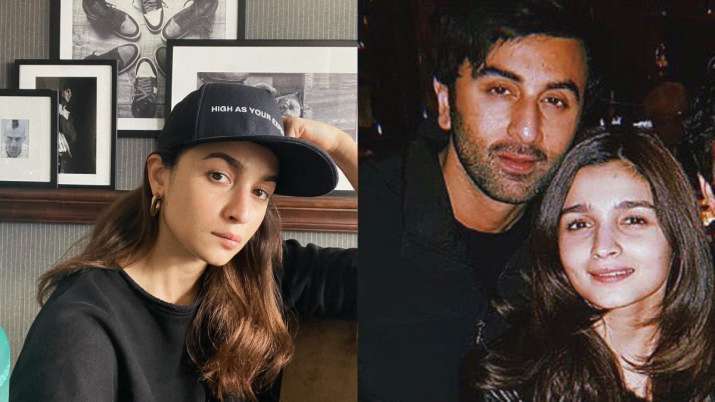 Bollywood actress Alia Bhatt has been missing beau Ranbir Kapoor and on Wednesday the actress revealed how she copes up with it. She took to her Instagram account and shared a couple of selfies, writing, “When you miss him so you steal his belongings, (& make sure you take many selfies).” The 28-year-old actress can be seen sporting the Palm Angels’ cap, which read: “High as your expectations.” She styled it with a baggy black sweatshirt and black denim shorts. She kept her make-up simple and elegant.

Interestingly, in the background is a framed photo of Ranbir’s dogs Lionel and Nido. There’s also another picture featuring Robert DeNiro from Taxi Driver.

On Monday, Alia treated her fans with a sun-kissed photo and a few words of wisdom. Taking to her Instagram handle, Alia can be seen soaking up the sun as she poses underneath a shade and a tree. Along with the image, she chose to add a catchy and meaningful caption. “Smile dream shine,” Alia wrote.

On the professional front, Alia turned producer with her film “Darlings”, where she is acting opposite Shefali Shah. She also has “Gangubai Kathiawadi”. The film is inspired by a true story and is based on a chapter of Hussain Zaidi’s book “Mafia Queens Of Mumbai”.

Also read: Ranbir Kapoor to step into the shoes of a cricketer for biopic?