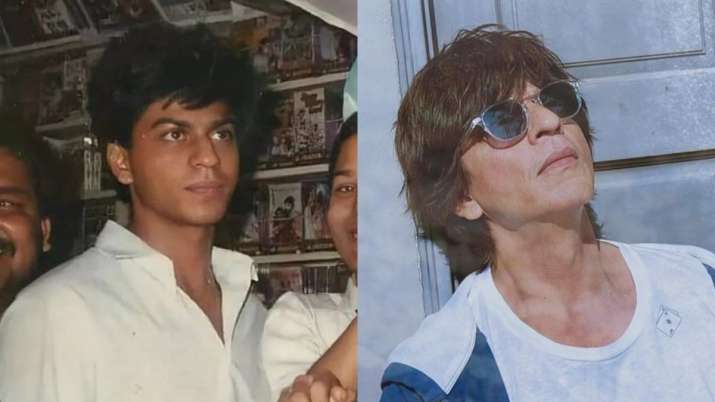 An ardent Shah Rukh Khan fan has dug out an old photo of the actor from his school days. Seemingly clicked during his teen days, the actor is seen candidly standing with a bunch of school kids in uniform in the viral photo. The old photo which is doing rounds on the Internet for quite some time has also caught actress Richa Chadha’s attention.

Commenting on a post of a Twitter user, which reads, “An awkward school kid daydreaming of conquering Mumbai, is the kind of morning WhatsApp forward I’ll never complain about,” Richa wrote, ‘First love.”

Netizens were quick to ask more about it. “I thought Rahul Dravid is your first love. Anyways I love both Dravid and SRK,” a user wrote. Responding to it, she replied, “SRK predates Dravid.”

On the work front, Shah Rukh Khan is yet to announce his next screen outing. He is rumoured to be returning to the screen with Deepika Padukone and John Abraham for Pathan, however, an official confirmation is awaited.

He has announced his production though. Alia Bhatt is to co-produce her upcoming starrer “Darlings” under her brand new banner Eternal Sunshine Productions along with Shah Rukh Khan’s Red Chillies Entertainment.

The film, which marks Alia’s debut as producer, is a mother-daughter relationship story that features Alia alongside Shefali Shah. The film also features Vijay Varma and Roshan Mathew. The film is a dark comedy set against a lower middle class neighbourhood in Mumbai. The story follows the lives of a mother-daughter duo as they navigate through crazy circumstances.