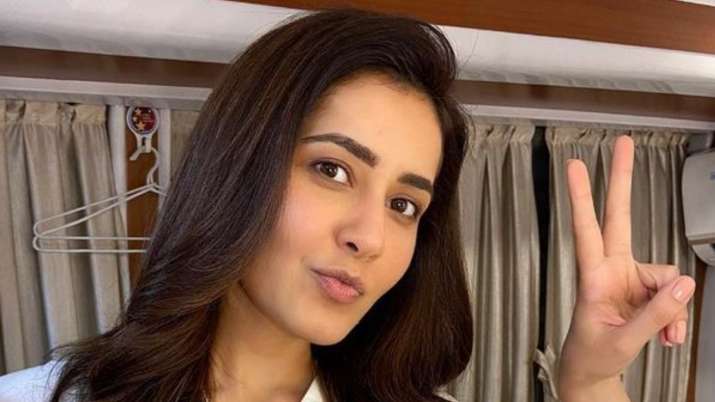 Bollywood superstar Ajay Devgn is foraying into the digital space with his first-ever crime-drama series Rudra-The Edge of Darkness. A remake of the Idris Elba-starrer successful British series Luther. Actress Raashii Khanna, known for her work in Telugu films, has started shooting for the Hindi web series. She is thrilled to finally start the shoot here.

Talking about starting the shoot, Raashii said to IANS, “I am really excited and nervous at the same time. It’s something I am really looking forward to.”

Actor Ajay Devgn shared the news on Instagram writing, “Happy to announce the crime thriller of the year Hotstar Specials ‘Rudra – The Edge Of Darkness’. This one’s going to be killer.”

Directed by Rajesh Mapuskar, ‘Rudra- The Edge of Darkness’ also stars Atul Kulkarni, Esha Deol, Ashwini Kalsekar and Ashish Vidyarthi. The series is billed as an engaging and dark new take on cop stories by the makers.

The upcoming crime-drama series will also mark Esha Deol’s entry into the digital space. Talking about her digital debut she said, “I am really excited to be back to work, especially alongside Ajay. We have been co-stars in numerous movies and I am beyond thrilled to make my digital debut with this series. There is a great comfort level between us as actors, and it is exciting to work in a new format with him. I am really charged up with the script and with my role in Rudra – The Edge of Darkness, which is a humongous project by all means and it also marks Ajay’s debut in the digital world.”

Besides this, Raashii will be seen in Raj and D.K.’s next webseries alongside Shahid Kapoor, Tamil films ‘Aranmanai 3’, ‘Methavi’, Telugu film ‘Thank You’, and Malayalam film ‘Bhramam’.

‘Rudra: The Edge Of Darkness’ is produced by Applause Entertainment in association with BBC Studios India a coming soon on Disney + Hotstar.