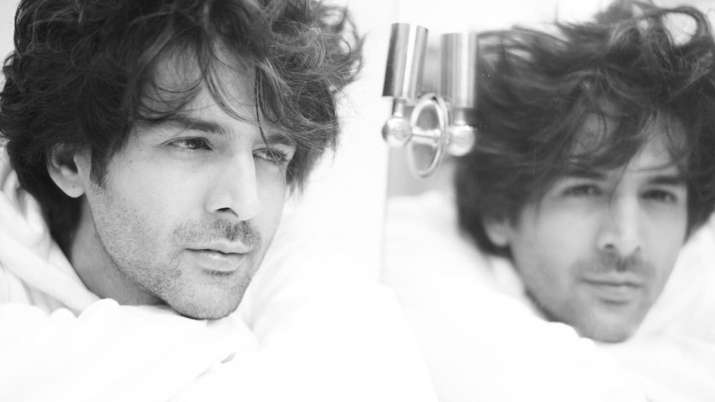 Dropping a mid-week treat for his fans and followers, Bollywood’s heartthrob, Kartik Aaryan shared a black and white picture post his pack-up. He has a sexy look on his face and his eyes have so much depth that the picture leaves you mesmerized. The actor shared the picture on social media and said, “The art of eye contact #PostPackUpShot – Rockstar @avigowariker sir.”

The picture is so dreamy and mesmerizing that one completely falls in love with it. In no time, the post witnessed comments from fans showering their love on the handsome actor. Avinash Gowarikar commented, “You’re the Rockstar!!”

Known to create an uproar on the internet with his mesmerizing looks every time he posts, Kartik Aaryan is also regarded as the ‘Social Media King’ for his interactive, witty and quirky captions. And this picture just shows us the romantic side of Kartik Aaryan which people love and lap it up like there’s not tomorrow.

Gearing up for the release of Dhamaka, Kartik Aaryan would be seen showcasing his versatility with varied films like Bhool Bhulaiyaa 2, along with his recently announced Sajid Nadiadwala’s next – a musical love story and Hansal Mehta’s Captain India. The film is produced by Ronnie Screwvala and Harman Baweja in which Kartik will play a pilot who spearheaded the operation and displayed exemplary bravery and courage in the process.

The actor also has multiple unannounced projects to his credits, while rumour mills have been churning out details on the projects, fans and followers await the official announcements of the same.