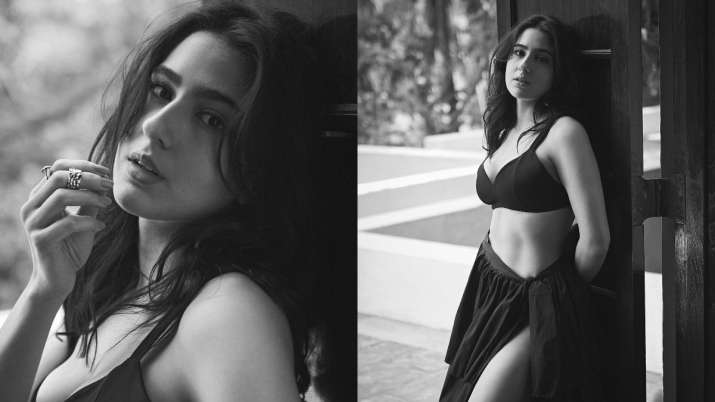 Indeed, Sara’s pictures took the internet by storm as she looked breathtakingly beautiful in each of the pictures. Her latest photoshoot was done by celebrity photographer Rohan Shrestha who also did Kareena Kapoor Khan’s pregnancy photo shoot. Sara can be seen wearing a sultry black bra paired with thigh high slit. She kept her hair open styled in waves.

This is not the first time Sara treated her fans with some of her bold pictures. Check out some of the most loved pictures of the actress.

On the work front, Sara Ali Khan was last seen in Coolie No 1 opposite Varun Dhawan. She will next be seen in Akshay Kumar and Dhanush starter Atrangi Re. The film is directed by Anand L. Rai. This is the first time Sara and Akshay are working with director Anand L. Rai, while the filmmaker has worked with Dhanush earlier in the 2013 film “Raanjhanaa”.

Atrangi Re went on floors in March 2020, in Varanasi. The team resumed shoot in October post lockdown in Madurai, followed by schedules in Delhi and Agra. The film is written by Himanshu Sharma and the music is by Academy Award-winning composer AR Rahman. The lyrics are penned by Irshad Kamil.

The film is scheduled to release on August 6.