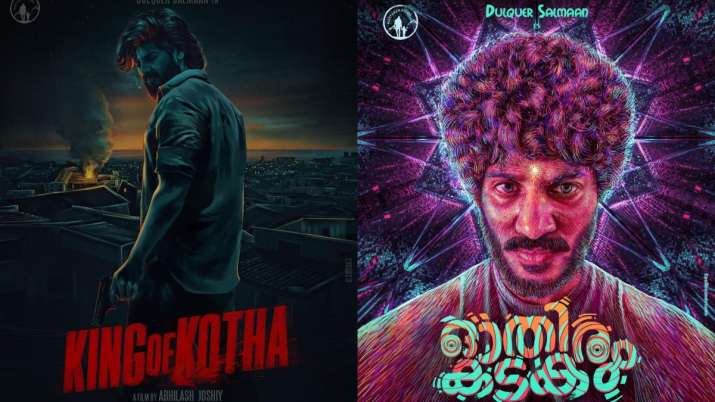 South superstar Dulquer Salmaan on Wednesday marked his 35th birthday by revealing two new projects — “King of Kotha” and “Othiram Kadakam”. Taking to his Instagram, the actor also shared his first look from upcoming movies “Kurup” and “Salute” as well as an untitled Telugu project. For “King of Kotha”, Salmaan is collaborating with debutante filmmaker Abhilash Joshiy.

“Here’s a first look poster of a dream project with my first ever and best friend Abhilash Joshiy. We’ve known each other since diapers and grew up with our common love for cinema and cars and photography and travel,” he wrote.

The “Karwaan” actor said he and Joshiy have been waiting for the past few years to find a perfect project for them to collaborate. “Finally we feel we’ve locked something that excites us and hopefully you all will love it. Stay tuned to this space to know more about the movie. Here is a first look poster of #KingOfKotha,” he said.

“Othiram Kadakam” will be helmed by director Soubin Shahir and Salmaan will produce the project through his banner Wayfarer Films.

“Totally channeling the birthday vibes in this !! Super excited to announce this brand new film, ‘Othiram Kadakam’,” the actor wrote. Salmaan, who had made a guest appearance in Shahir’s 2017 movie “Parava”, said the filmmaker has a “fab aesthetic and a keen sense of cinema”.

“This time around he discussed a full length role in his next film and I know in his hands I’ll discover characters and nuances I’ve never done before. This will be my second movie with my machan Soubin donning the director’s hat and I cannot wait to start filming!!” he added.

As for “Kurup”, the South star said the movie will be releasing soon.

Directed by Srinath Rajendran, the film is said to be based on the life of fugitive criminal Sukumara Kurup. The movie will reportedly also feature Indrajith Sukumaran, Sunny Wayne, Shine Tom Chacko, Sobhita Dhulipala, Manoj Bajpayee and Maya Menon in the supporting roles.

Salmaan said he has wrapped up the shooting for “Salute” and the movie will release later this year. “For all those showering me with so much love, here is a brand new poster from Team Salute. We just wrapped up the shoot and it was such an incredible experience. I can’t wait for you guys to watch it,” he wrote alongside the movie’s poster.

Salmaan’s untitled Telugu movie hails from Vyjayanthi Films. It is being directed by Hanu Raghavapudi.

Earlier in the day, the film’s makers decided to celebrate the actor’s birthday by dropping the film’s poster.

“Happy Birthday Ram a.k.a. @dqsalmaan! You’ve poured life into this character with your sheer hardwork. May you shine brighter!” Raghavapudi wrote on Instagram.