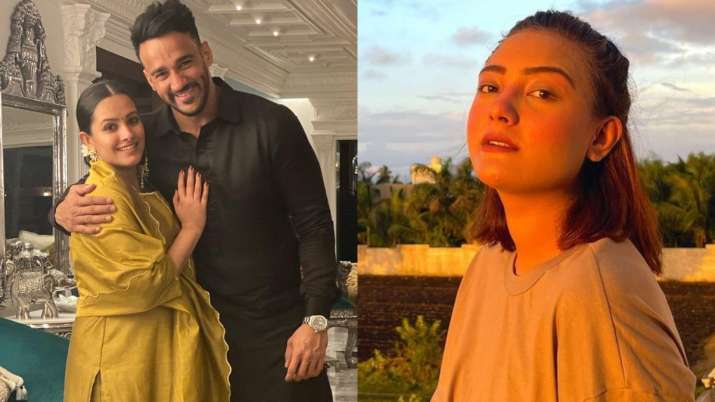 Viewers favourite reality show Bigg Boss is back with its 15th season this year. The show has been making a lot of noise for many years for its controversial fights, hookups and sensational realities of the contestants. This year, the fans are up for a treat as the show has gone digital. Bigg Boss OTT will stream its first six weeks on Voot, starting from August 8, and then make a gradual shift to television. While Bollywood superstar Salman Khan will hold the reigns of the televised version of the show, filmmaker Karan Johar has come onboard to host Bigg Boss OTT.

While big names from the television industry like Nia Sharma, Arjun Bijlani, Divya Agarwal and Riddhima Pandit are doing the rounds on the internet as contestants. Now, some social media reports have confirmed that actress  Anita Hassanandani’s husband Rohit Reddy and Aashika Bhatia have also been approached for the show.

Although no official confirmation by makers has been given but if ongoing social media reports are to be believed then Rohit Reddy and Aashika Bhatia will be seen in the upcoming season of Bigg Boss OTT.

It is being said that Bigg Boss OTT will feature commoners and young stars from social media as contestants who will compete for six weeks. The winner of the OTT version of the show will enter Bigg Boss 15 house along with celebrities.

The show which will stream on Voot, will introduce a ‘janta’ factor. The new format will give the common man the uncommon powers of ‘Bigg Boss OTT’ by enabling them to handpick contestants and the contestants’ stay, tasks and exit from the show.