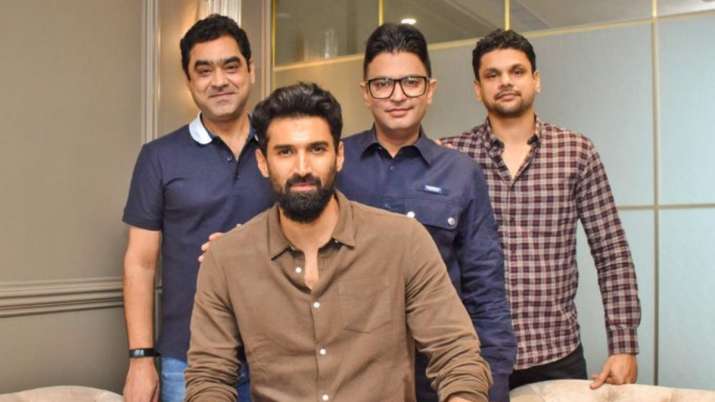 Bollywood actor Aditya Roy Kapur has bagged another film. The star will be seen in Bhushan Kumar and  Murad Khetani’s Hindi Remake of Tamil film Thadam. The actor will be seen playing a double role for the first time. Announcing the film, Tseries Instagram account read, “We’re excited to announce our next, a thriller, starring @adityaroykapur in a double role for the first time. Hindi remake of the Tamil hit, #Thadam, to be directed by Vardhan Ketkar”

The film is set to go on floors in September this year.

Talking about this challenging role, Aditya said, “I am inspired and excited to be part of telling such an interesting story. The original film was incredibly riveting and entertaining, and it left a lasting impression on me. As an actor, getting a chance to do a double role is double the preparation and double the challenge, and I’m certainly up for it! I look forward to collaborating with Bhushanji, Murad Bhai and Vardhan to bring this exciting thriller to the screen soon.”

Murad Khetani added, “When Murad Bhai shared the idea of the Hindi remake of Thadam I was excited as it had received a lot of acclaim down south. Working with like-minded people is always fun, that is why I like collaborating with Murad Bhai. The last film we did with Aditya was an action film and everyone loved him in that role. We all mutually agreed he will fit the characters in this as well.”

Meanwhile, Aditya Roy Kapur will be seen in upcoming film OM-The Battle Within alongside Dil Bechara actress Sanjana Sanghi. The action thriller film features the actor duo sporting a rugged action look that they have carried for their action sequences.

Filmmaker Ahmed Khan announced the news of Aditya Roy Kapur to be cast in the film OM on the latter’s 35th birthday, which is scheduled to be directed by Kapil Verma and co-produced by Khan, his wife Shaira Khan and Zee Studios. ‘Om: The Battle Within’ will mark the directorial debut of action director Tinu Verma’s son Kapil.