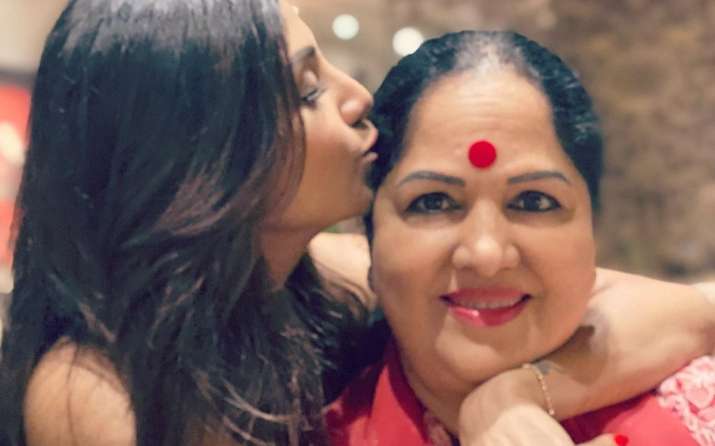 Shilpa Shetty’s mother Sunanda Shetty has filed a cheating complaint of Rs 1.6 crore against a man in a ‘land deal matter’. According to the Mumbai Police, Sunanda has accused a person named Sudhakar Ghare of selling her fake land papers. A case in the stated matter has been registered under relevant sections of IPC. “The accused, with the help of fake papers, had sold land to Sunanda for Rs 1.6 crores. Case has been registered under relevant sections of IPC,” ANI quoted the Mumbai Police.

Further details about the case are awaited.

Earlier, markets regulator SEBI slapped a monetary penalty on Viaan Industries Ltd, Shilpa Shetty Kundra and Ripu Sudan Kundra aka Raj Kundra, for disclosure lapses and consequent violation of insider trading norms. According to a SEBI order, a total fine of Rs 3 lakh has been imposed on them to be paid jointly and severally. Shilpa and Raj are the promoters of Viaan Industries.

The order follows a probe conducted between September 2013- December 2015 to ascertain a violation of Prohibition of Insider Trading (PIT) norms by the entities.

Meanwhile, Raj Kundra was arrested by Mumbai Police on July 19 after being booked for alleged production and distribution of pornographic films through apps under relevant sections of the Indian Penal Code and the Information Technology Act. The magistrate’s court later remanded Kundra in judicial custody for 14 days. Kundra’s lawyer had filed a bail plea in court which has been rejected.

Opposing the same, the public prosecutor alleged that Kundra is an influential man and granting him bail can affect the investigation. Quashing his claims, Kundra’s lawyer affirmed that the businessman has been cooperating with the investigating agencies since the beginning.

After the arrest, Shilpa Shetty was also questioned by the investigating officials. In her statement, the actress denied her involvement in Raj Kundra’s company. She has claimed that she is not aware of the exact content of the HotShots app. Later, an official told ANI, “Shilpa Shetty hasn’t been given a clean chit yet. All possibilities/angles are being probed. Forensic auditors are appointed and they are looking into the transactions of all accounts in this case. Other directors of Viaan Industries (Raj Kundra’s company) will also be called for statements, as and when needed.”

Yami Gautam wraps up shoot of ‘A Thursday’

On Tiger Day, Dia Mirza urges all to be part of a solution to save our national animal