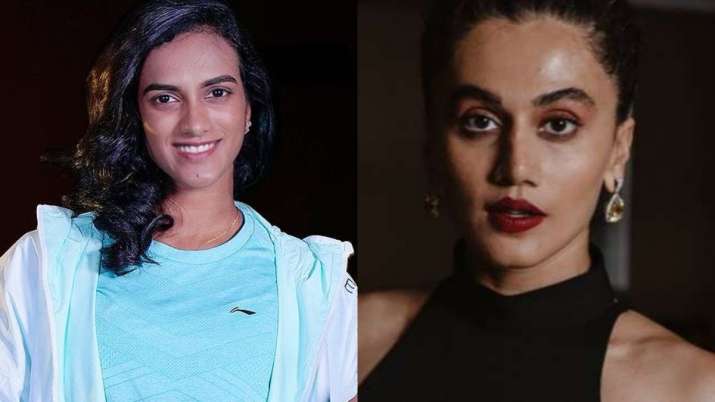 Bollywood actress Taapsee Pannu on Thursday praised Indian shuttler PV Sindhu over her win against Denmarks’ Mia Blichfeldt in the Round of 16 match of women’s individual event in the ongoing Tokyo Olympics. Taking to Instagram, Taapsee posted a picture of Sindhu from the match and wrote: “Painful picture but a fruitful result! On to the quarterfinal with this champ.”

After defeating Mia Blichfeldt 21-15, 21-13 in just 41 minutes, Sindhu, who won a silver in the 2016 Rio Olympics, will next face the winner of the match between Akane Yamaguchi of Japan and Korea’s Kim Gaeun. Speaking of Taapsee, she is rumoured to be in a relationship with former Danish badminton player Mathias Boe, who is also the coach of India badminton men’s doubles pair of Chirag Shetty and Satwiksairaj Rankireddy.

Meanwhile, on the professional front, Taapsee Pannu will be seen in the upcoming film ‘Blurr’, which will be bankrolled by her newly-announced production company Outsider Films. The film will be helmed by director Ajay Bahl, best known for his 2019 release, “Section 375”. It is jointly written by Pawan Sony and Ajay Bahl. The actress has started shooting for the new movie with Gulshan Devaiah.

Taking to Instagram, Taapsee shared a photo of her reading the film’s script and hinted that at her character ‘Gayatri’. In the picture, she can also be seen wearing a stylish Bvlgari watch along with a black top, matching trousers and a multicoloured long jacket. She captioned her post as, “Shubh Aarambh! Let’s do this Gayatri! #Blurr #Day1”.

Apart from this, the actress who was last seen in Haseen Dilruba, has plenty of projects in her kitty. She will be seen in ‘Looop Lapeta’, ‘Rashmi Rocket’, ‘Shaabash Mithu’.