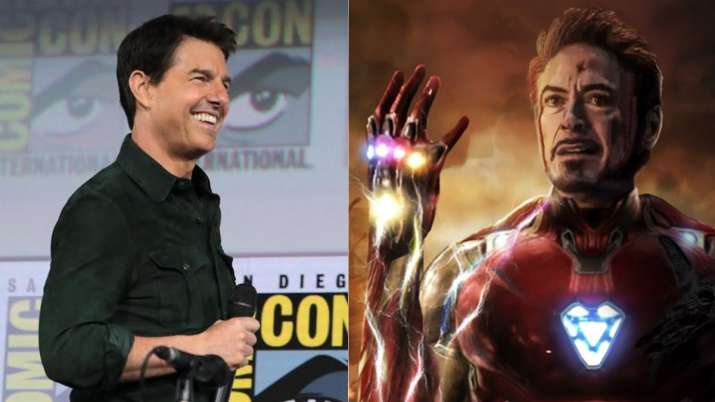 Whenever someone quips ‘Iron Man’, Robert Downey Jr flying in his crimson red suit is the first image that comes to mind. It’s almost impossible to imagine that somebody else could have played the ‘Genius, Billionaire, Playboy and Philanthropist’ Tony Stark other than Downey Jr. But do you know, he almost not cast as the iconic Marvel superhero?

In the early stages, it was Hollywood actor Tom Cruise, who was considered for the role of Iron Man in the Marvel Cinematic Universe. However, it didn’t happen because the actor was unsure if this will work.

In the 2000s, the Mission Impossible star was clearly a more bankable name than Robert Downey Jr. The latter was neck-deep in troubling personal issues, and Marvel wasn’t affirmative of him joining its superhero universe. While it has been an open Hollywood secret that Cruise’s name was almost set in stone for Iron Man’s role, Cruise did admit that he was indeed approached for the role but he didn’t go for it.

“When I do something, I wanna do it right. If I commit to something, it has to be done in a way that I know it’s gonna be something special. And as it was lining up, it just didn’t feel to me like it was gonna work. I need to be able to make decisions and make the film as great as it can be, and it just didn’t go down that road that way,” Indian Express quoted Cruise as saying.

Even after Cruise turned down the role, Downey Jr didn’t get the role in an eye blink. Given his record with drug abuse and alcoholism, Marvel wasn’t sure about him. It was director Jon Favreau who did most of the talking in convincing everyone for Downey Jr.

After much hullabaloo, finally, Downey Jr was roped in giving Marvel an iconic character and a pedestal for a multi billion dollars franchise. The actor gained global recognition for starring as Tony Stark / Iron Man in ten films within the Marvel Cinematic Universe, beginning with Iron Man (2008) to Avengers: Endgame (2019).

Robert Downey’s Tony Stark was last seen in Avengers: Endgame where the character meets his death. Ever since it has been a constant tussle between fans about his return to MCU. Last year, while appearing on The Today Show, when the actor was asked if he would consider returning to the franchise in the future Downey gave some hope to his fans. However, he was very subtle.

“I’m not sure. Are we in bargaining now? I am so pleased, just that, I wound up where I have. I’m very fortunate so, I’m not the kind of guy who — I want to try to keep it classy. We’ll see,” he had said.