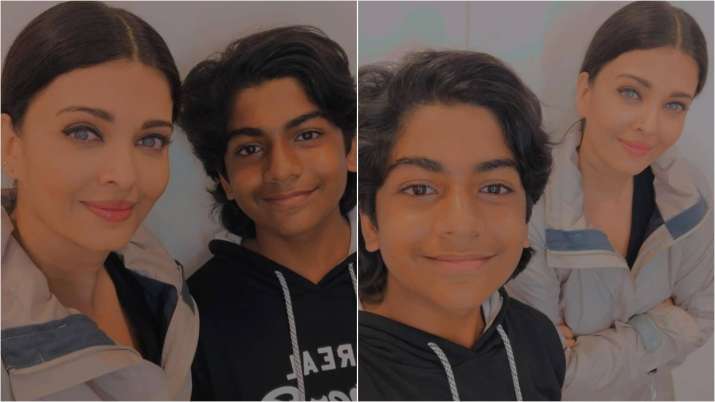 Ace filmmaker Mani Ratnam’s upcoming period drama ‘Ponniyin Selvan’ is one of the much-awaited projects. Fans have been eagerly waiting for an update related to the release date of the epic fantasy drama. The film is being shot at Puducherry, Tamil Nadu. Master Raaghavan Murugan took to Instagram to share some behind the scene pictures with his co-star Aishwarya Rai Bachchan from the film sets.

Sharing his experience of working with the iconic actress, Raaghavan wrote: “With @aishwaryaraibachchan_arb mam at the break of #ponniyinselvan shoot and that was a great experience acting with her. #ps1.”

In the post, Aishwarya can be seen in a sleek hairdo with a casual grey jacket. While Raaghavan chose to wear a black sweatshirt.

Soon after his post, fans and followers bombarded the comments section with their reactions. One of the users said, “Omg you have worked with The Superstar the country has ever seen. Kudos.” The other wrote “Lucky boy to have pic with Aishwarya Rai mam.”

Sharing the pictures, Varalaxmi wrote, “Met 3 of the warmest and most humble people last night.. none other than the gorgeous @aishwaryaraibachchan_arb the handsome hunk @bachchan and their sweetest daughter #aaradhyabachchan Despite the families and lineage that they hail from, their humility and warmth was so amazing, I was just overwhelmed with their love.!!! It was so sweet of you to meet us and spend time with us.. may god shower all his blessings on your family.!!! Thank you daddy for making this happen @r_sarath_kumar I think @poojasarathkumar is still recovering from the shock.!!! Hahah #fangirl.”

The film is based on writer Kalki Krishnamurthy’s book by the same name.