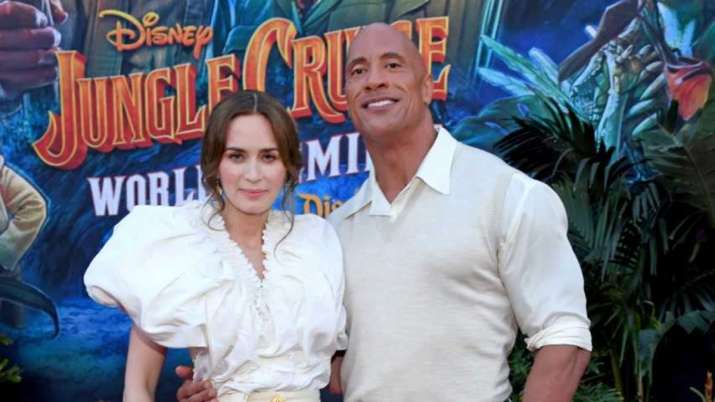 Since its worldwide premiere, Jungle Cruise has been riding high on the phenomenal response it has been receiving. The movie is leaving no stone unturned to make Disney fans happy, and helping them soak in all the adventure they could while staying safe at home.

Starring Dwayne Johnson and Emily Blunt in leading roles, Jungle Cruise takes you on an amusing ride with this quirky pair. Keeping the anticipation high and to give fans, who are yet to join the ride, a sneak peek about the thrill in store, Jonson recently uploaded an interesting behind-the-scenes video on Instagram. He also revealed an amazing fact that the first pair to go on a Jungle Cruise ride in Disneyland was none other than Walt Disney and Jawaharlal Nehru.

For the uninitiated, in 1955, Walt Disney designed and created a jungle cruise ride, which was a dream come true experience. This ride happened to be a major attraction for many during the initial years of Disneyland formation. And the first two people who got an opportunity to do the initial jungle cruise ride were Walt Disney, the creator himself, and Pandit Jawaharlal Nehru, the first Prime Minister of India.

Enlightening the audience about the idea behind the creation of the jungle cruise ride that inspires the film, Johnson’s video gives us a black-and-white glimpse of the quirky duo enjoying the adventurous ride at Disneyland and also takes us on a colourful tour of the set of the film in Hawaii island. The BTS video also highlights the fun the crew had while shooting the movie. Both Jonson and Blunt also talk about the experience of making the film, going on a difficult jungle cruise ride in the reel world, and how the narrative is filled with suspense and back stories that will have everyone glued till the end.