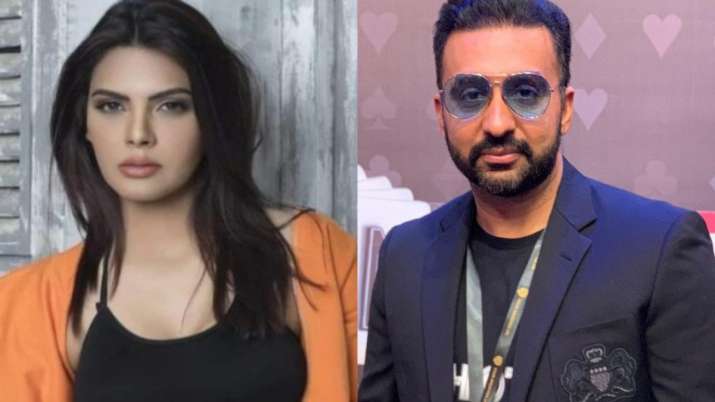 Businessman Raj Kundra, the husband of Bollywood actor Shilpa Shetty, was arrested by the Mumbai police’s crime branch on July 19 in a case related to the alleged creation of pornographic films and publishing them through some apps. The Mumbai crime branch had started an investigation into the case after some victims approached the Malwani police station in February 2021. Actress Sherlyn Chopra had applied for anticipatory bail fearing arrest in the ongoing probe. However, her plea has been rejected.

A court in Mumbai on Thursday rejected the pre-arrest bail application filed by actress Sherlyn Chopra. The actress had moved the anticipatory bail application before the court earlier this week through her lawyer Siddhesh Borker.

In her plea, Chopra said that she was apprehending arrest in the case registered under IPC sections 292, 293 (sale of obscene material), as well as relevant provisions the Information Technology Act and the Indecent Representation of Women (Prohibition) Act. In the plea, Chopra claimed that she was not aware of the contents of the FIR as she was neither given a copy of it nor was she informed of the specific allegations levelled against her. However, she apprehends arrest in the case since the co-accused have been held, the plea said.

It added that Chopra might be implicated in the case, which contains certain non-bailable offences without knowledge of true and correct facts. Her lawyer submitted that the applicant is innocent and great prejudice will be caused to her if she is arrested on per se “false and frivolous” charges. However, additional sessions judge Sonali Agarwal rejected the plea.

Meanwhile, Sherlyn has also accused Raj Kundra of sexual assault. The actress said that the businessman started kissing her even though she resisted. According to ETimes, Sherlyn had appeared before the Mumbai Crime Branch’s Property Cell to record her statement in connection with the aforementioned case. She had issued an FIR against Raj in April 2021 of sexual assault.

In her complaint, Sherlyn alleged that in early 2019 Raj Kundra started kissing her even though she resisted. Reportedly, the businessman landed at her place over an argument related to a text message. She also claimed that she did not want to get involved with a married man or mix business with pleasure. To which Shilpa Shetty’s husband told her his relationship with his wife was complicated and he was stressed most of the time at home.

Police have said that at least 11 persons have been arrested so far in the case. Kundra and his associate Ryan Thorpe are two of the accused in the case. They are currently in judicial custody.