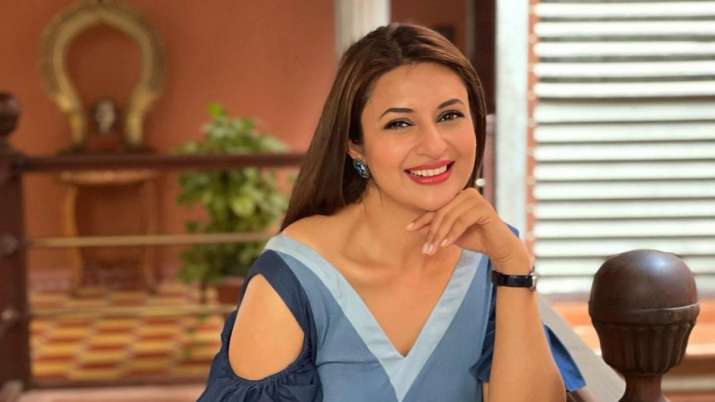 TV actress Divyanka Tripathi, who is currently seen in Rohit Shetty‘s Khatron Ke Khiladi 11, has finally confirmed that she was approached for Bade Acche Lagte Hain 2 but has rejected it, The actress name has been doing the rounds for a while now for leading season two of the popular show that originally starred Ram Kapoor and Sakshi Tanwar. Divyanka revealed that she even gave the look test for Bade Acche Lagte Hain 2 but could not relate to the character so rejected it.

Divyanka Tripathi told Pinkvilla, “Yes, I was offered Bade Acche Lagte Hain 2 and I had even given a look test for the show. But I did not say yes to the show as I could not relate to the character. Whenever I take up any project I totally devote myself to it and it is like getting married to the role and if I am not convinced about the role, I will never do it. I couldn’t feel like the character. Hence, I had to say no to Bade Acche Lagte Hain 2.”

Divyanka rose to fame with TV shows like Dulhan and Yeh Hai Mohabbatein. Now she is looking into scripts for her next role. The actress said that she desires to play an IAS officer or a negative role in her next project.

She said, “I am actually looking forward to a show or film where I can be seen in a different zone. I have a very soft face I know but I now want to play an IAS officer, Forest range officer, or a negative character, something very different. I want to do something challenging. I am reading a few different scripts and I hope to find something interesting and challenging.”

Divyanka is winning hearts with her performance in Khatron Ke Khiladi 11. Within the early days of the show, she has proved herself to be a tough contestant. Host Rohit Shetty also lauded Divyanka after her stunt and called her the strongest.

Boxing FOI Chief on Mary Kom, ‘No provision of review in Tokyo Olympics’