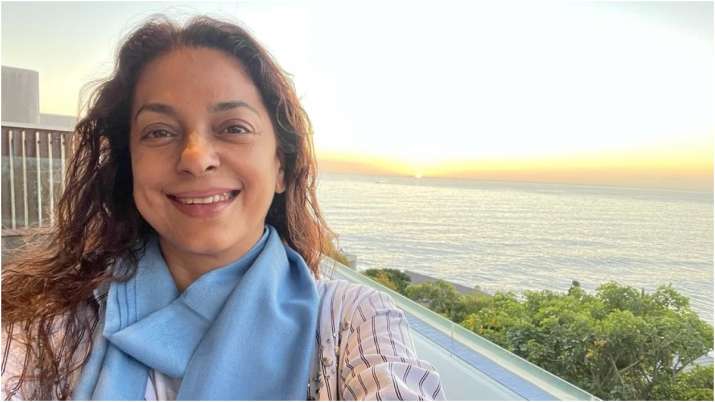 Bollywood actress Juhi Chawla Thursday withdrew from the Delhi High Court her plea in connection with the dismissal of her lawsuit against 5G wireless network technology. Justice Jayant Nath allowed the withdrawal of the plea after a statement made by Chawla’s counsel, advocate Deepak Khosla. “Learned counsel for the plaintiff (Chawla) wants to withdraw the application with liberty to avail remedy before the appellate court. Application is dismissed as withdrawn,” the court said.

Chawla had moved the application seeking that her lawsuit against 5G roll out be declared “rejected” instead of “dismissed”. Chawla’s counsel argued that the plaint, which “never went up to the level of suit”, could only be rejected or returned in terms of the Civil Procedure Code, and not dismissed.

The court had then also granted a week’s time for deposit of Rs 20 lakh costs after Chawla decided to not press the application for its waiver. Application for refund of court fees was also withdrawn by Chawla.

In June, the court had described the lawsuit by Chawla and two others against 5G roll out as “defective”, “abuse of process of law” and filed for “gaining publicity” and dismissed it with costs of Rs 20 lakh.

Justice J R Midha said the plaint in which questions have been raised about health hazards due to the 5G technology was “not maintainable” and was “stuffed with unnecessary Scandalous, frivolous and vexatious averments” which are liable to be struck down.

The court said the suit filed by actress-environmentalist and others was to gain publicity which was clear as Chawla circulated the video conferencing link of the hearing on her social media account which resulted in the repeated disruptions thrice by unknown miscreants who continued disruptions despite repeated warnings.

Boxing FOI Chief on Mary Kom, ‘No provision of review in Tokyo Olympics’