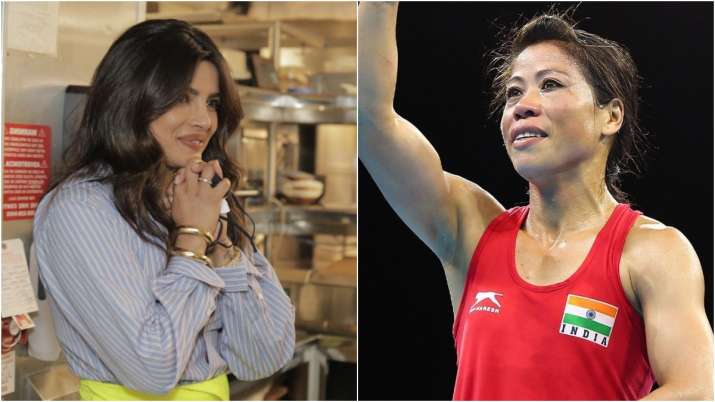 Mary Kom has exited the Tokyo Olympics 2020. Global star Priyanka Chopra, who portrayed the role of legendary boxer in the 2014 National Award Winning biopic film, penned a heartfelt appreciation note for the athlete after she exited from the Olympics on Thursday. Taking to her Twitter handle, Priyanka applauded Mary for inspiring everyone with what she has achieved with her passion and dedication.

“This is what the ultimate champion looks like…Bravo @MangteC… you’ve shown us how to go the distance with passion and dedication. You inspire us and make us proud Every.Single.Time #Legend,” she tweeted.

Mary Kom, the face of India’s boxing contingent, faced a shocking defeat — split decision — at the hands of Colombia’s Ingrit Valencia to bow out from the ongoing Tokyo Olympics on Thursday.

Valencia advanced to the quarter-finals of the showpiece event after defeating Mary Kom in the women’s flyweight (48-51kg) category event. Valencia got off to a flyer as she won the first round. Four out of the five judges gave her a 10 while one had a 9 for her showing. Mary Kom came back with a flurry of punches on Valencia to win the second round but the Rio Olympics bronze medallist maintained the lead. In the third round also, Mary Kom gave her best, but in the end, it was just not enough on the day.

Priyanka Chopra had featured in the 2014 National award-winning biopic on the life of the ace boxer Mary Kom. The Omung Kumar directed and Sanjay Leela Bhansali produced film also featured Darshan Kumar and Sunil Thapa in pivotal roles. The movie shows how despite her father’s disapproval, Mary followed her passion and thrived to be one of the biggest athletes in the world.

Vidya Balan on how each character she portrays teaches her something