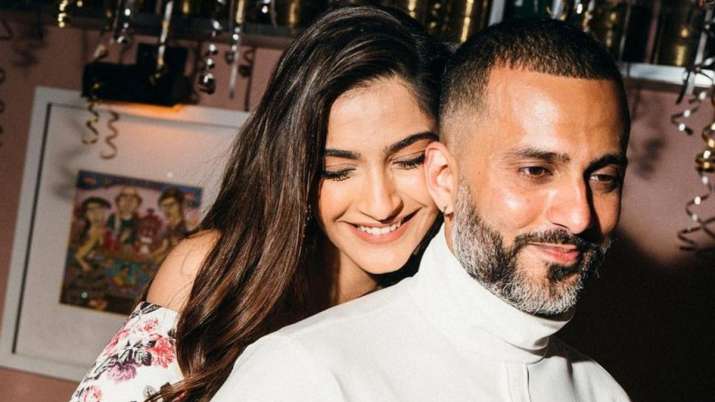 Bollywood actor Sonam Kapoor, on Friday, shared a heartfelt birthday note for her husband Anand Ahuja, calling him the ‘light of her life’. The ‘Ek Ladki Ko Dekha Toh Aisa Laga’ actor took to her Instagram handle and shared an adorable picture with Anand, as she hugged him from behind. In the photo, Sonam wore a floral Bardot dress, while Anand opted for a relaxed formal look, with a white turtleneck shirt.

Wishing her husband on his birthday, in the caption, she wrote, “Happy happy birthday to the light of my life .. you’re the gift the universe has given me, the best partner lover and friend. Love you my baby. Have the best day, year and life… You make #everydayphenomenal @anandahuja.”

Shanaya Kapoor, who is Sonam’s cousin dropped a heart emoji on the post. Fans also wished Anand in the comments section. “How adorable. HAPPY BIRTHDAY,” one wrote, while another said, “This is so sweet !! Happy Birthday to your hubby.” Several of them also showered love on the ‘cute couple’ by posting heart and heart-eyes emojis.

Father Anil Kapoor also shared beautiful pictures of Sonam and Anand and said, “We taught our daughter to seek only true love, to find only the purest of hearts…. it was a tough task…then she found you…Happy Birthday, Anand.”

Sonam tied the knot with the Bhaane label owner on May 8, 2018, in an Anand Karaj ceremony, later followed by a star-studded reception. They celebrated their third wedding anniversary earlier this year.

Meanwhile, on the work front, Sonam will be seen in ‘Blind’. She was last seen in the 2019 release ‘The Zoya Factor’. She also had a cameo role in Anil Kapoor and Anurag Kashyap’s ‘AK vs AK’, which had released on Netflix last year