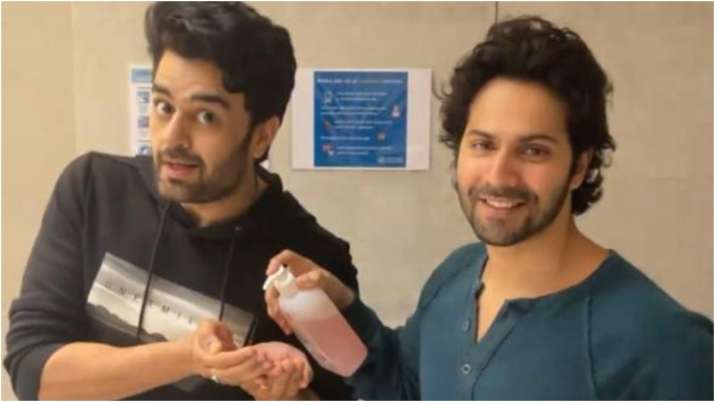 Director Raj Mehta took to his social media to share a glimpse of the fun at script reading session with his ‘Do Mastaane’- Varun Dhawan and Maniesh Paul. Having begun the shoot of the film last year, the second wave of pandemic caused a halt in the schedule. However, the team is all set to get back to floors as director Raj Mehta met his actors Varun and Maniesh at the Dharma Productions’ office on Friday. Varun too shared Raj’s post on his Instagram story.

Meanwhile, Raj Mehta keeps updating fans about the status of Jug Jug Jeeyo. Earlier this month, on Neetu Kapoor’s birthday, director Mehta gave his fans a glimpse of the film and shared some BTS (behind-the-scene) videos from the film’s shoot. He also penned a heartfelt note for the veteran actress.

“Getting to direct you in just my second film has been such an honour ma’am! This little video keeps reminding me of what a soldier you’ve been through the process, which has had its fair share of highs and lows. Cannot wait to get back on set with you again. Wish for health, happiness always and a BIG hit film next year 😉 Happy Birthday ma’am!” he wrote.

Coming back to Varun Dhawan, the actor will also be seen in the supernatural thriller “Bhediya”. Directed by Amar Kaushik and penned by Niren Bhatt, the film also stars Kriti Sanon and Deepak Dobriyal and is slated to hit the screens on April 14, 2022.