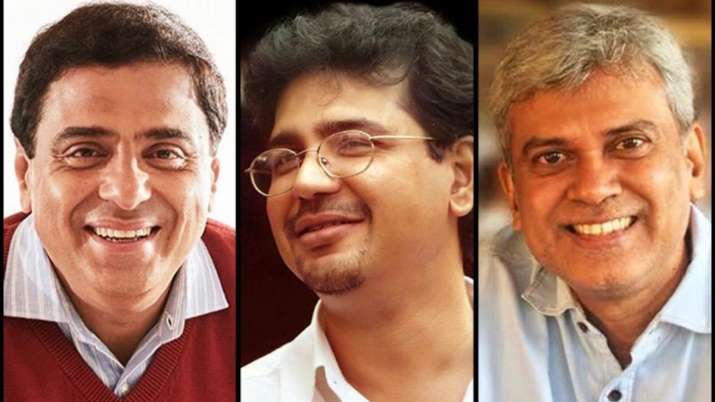 With the focus of creating content for all mediums, Ronnie Screwvala’s RSVP continues to change the landscape of content consumption in the country with another announcement. Directed and showrun by Rensil D’Silva, this multi-season series stays raw and rooted to the Indo – Pak spy games of the late 60’s and early 70’s. The 45 minute-episodic thriller follows the exploits of RAW heroes of the bygone era as they follow clues, nab their targets, gather information and link together the pieces of the puzzle.

Interestingly, a major highlight of the series is the conspiracy surrounding Rajiv Gandhi’s plane hijack that shook the nation, apart from the other RAW agent missions that ranged from audacious to outlandish. Ronnie teams up with Premnath Rajagopalan of Blue Monkey Films for ‘Panthers’, a project that will shake the way political and espionage thrillers are viewed in India. After successfully bringing A Thursday and Dhyanchand, RSVP and Blue Monkey Films will be teaming up for the third time for this project.

Says producer Ronnie Screwvala, “Panthers is the story of India’s burgeoning spy agency against a politically volatile setting. It is as eye opening as it is gripping and boasts of the right balance of realism and entertainment, making it the perfect project for us at RSVP to get behind. Rensil is the right man at the helm of this one”

Adds director Rensil D’Silva, “The nation is embracing true stories like never before. All the covert operations mentioned in Panthers have taken place in real life. This series is a tribute to the daring feats of the RAW agency before it ascended to legendary status.”

The caption read : “An ode to our RAW agents that put India before self …. Presenting to you, RSVP’s latest riveting espionage series – PANTHERS! Directed and Showrun by Rensil D’Silva. Co-produced by Blue Monkey Films.”

Says producer Premnath Rajagopalan “When Mukesh Radha brought us this project we were excited to collaborate with him and take it forward as this is a story that would make all us Indians proud. We at Blue Monkey Films are excited to further our association with Ronnie and RSVP as they have long been associated with clutter breaking and riveting content.”

Producer Mukesh Radha Krishna Tak  says “The series is all about cloak and dagger games played between nations. It is the saga of our faceless men and women, living and dying in the shadows with courage, determination and valour.”

RSVP and Blue Monkey Films’ PANTHERS goes on floors in the first quarter of 2022.

Trials To Mix Covishield And Covaxin Vaccines To Begin Soon