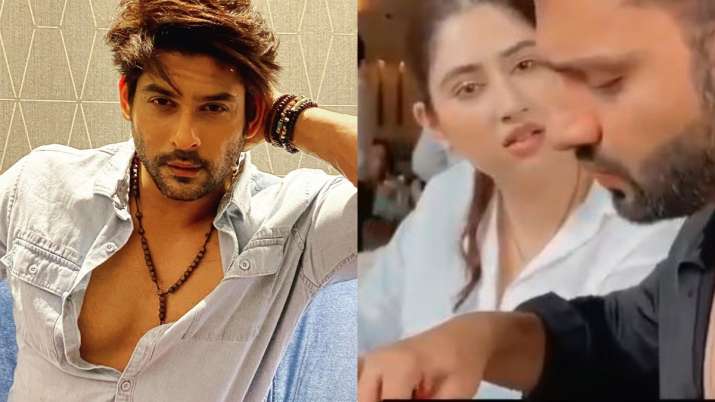 Bigg Boss 14 fame Rahul Vaidya recently tied the knot with the love of his life, TV actress Disha Parmar. The duo has been great friends with Jasmin Bhasin and Aly Goni from BB house and they are frequently spotted together. Recently, a video went viral on the internet in which the newly married couple is seen enjoying lunch with Jasmin. While fans were excited to see them together, their conversation irked them. SidHearts weren’t pleased when they heard Disha Parmar asking if Sidharth (Shukla) will enter the (Bigg Boss) every season.

While from the video it is not clear that Disha, Rahul and Jasmin are talking about Sidharth Shukla, fans weren’t pleased. The video shows Disha saying, “Sidharth har season mein jayega kya.” While Rahul doesn’t react to it, Jasmin claims, “jab tak manisha Rahegi.”

This did not go down well with Sidharth Shukla fans. Soon after getting trolled, Jasmin Bhasin issued a clarification claiming she is good friends with Sidharth and they were not talking about him. She tweeted, “Lol, it’s completely misunderstood. We weren’t talking about Sid or anyone related, it was a long and funny conversation. Guys chill @sidharth_shukla is a friend and dear costar (sic)”

Many fans supported Jasmin and lauded her for supporting Sidharth Shukla during their Bigg Boss days. A Twitter user said, “thank you for clearing this… that man matters a lot to us! and you know how he backs up his friends and people.

can’t listen a word against him.. ever.. and I’m sure what you wrote is what you spoke!” Another commented, “We know that and we hv seen how u have supported Sidharth each time even u have always supported in his absence.”

Sidharth Shukla and Jasmin Bhasin have worked together in Colors show Dil Se Dil Tak. The two have been good friends since then.