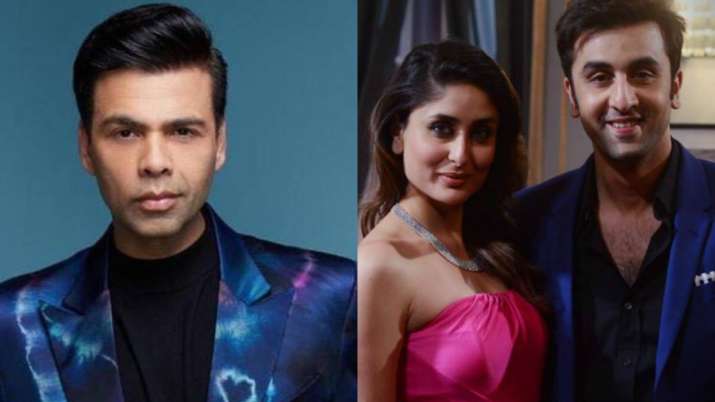 Trust ‘Bigg Boss’ to take you on an emotional joyride. From controversies to love affairs to drama, the show has it all. The reality series, where viewers get to witness their favourite celebrities react organically to situations, has been a massive hit for years. And when you think about ‘Bigg Boss’ with Bollywood celebrities, who crosses your mind? Well, Karan Johar thinks Ranbir Kapoor and Kareena Kapoor Khan would make for two very interesting contestants.

Ever since ‘Bigg Boss OTT’ has been announced, there have been rounds of speculations about which contestant will be participating. While viewers wait with bated breath for the list of stars to unfold, KJo, who is hosting this year’s Bigg Boss OTT, recently spoke about who he thinks will be a great fit to enter the house amongst his social circle.

“Two people who can get the OverTheTop quotient right would be Ranbir and Bebo! They share the same vibe!! And will be great fun to watch,” he said of the cousins, who have appeared together on one of the episodes of ‘Koffee With Karan’.

Karan also teased what’s in store for the viewers in regards to this season, which is launching digitally ahead of its TV premiere. He said, “I’m really looking forward to meeting all the contestants and making some life-long memories with them. Believe it or not! This season, Bigg Boss OTT will have lots of drama and will surely be Over the Top. I can tell!”

On Friday, Neha Bhasin was revealed as the first contestant of the show’s upcoming season. Over the next few days, the star-studded line-up of guests for this year’s season will unfold. Karan was recently roped in to host the digital episodes of the upcoming season of ‘Bigg Boss’ on Voot. For the unversed, earlier this month, the makers of the popular reality TV show announced that ‘Bigg Boss 15’ will be launched on OTT ahead of its television premiere.

Superstar Salman Khan, who has been hosting the show for over a decade now, unveiled a new promo of ‘Bigg Boss OTT’ a few days ago. Karan has not replaced Salman. Reportedly, he will host a few episodes on Voot, and then ‘Dabangg’ star will return to host the televised version of the new season. ‘Bigg Boss OTT’ will premiere on August 8 on Voot.

Is Third Wave Close? Cases Surge As People Get Lax With Covid Norms As Lockdown Eases