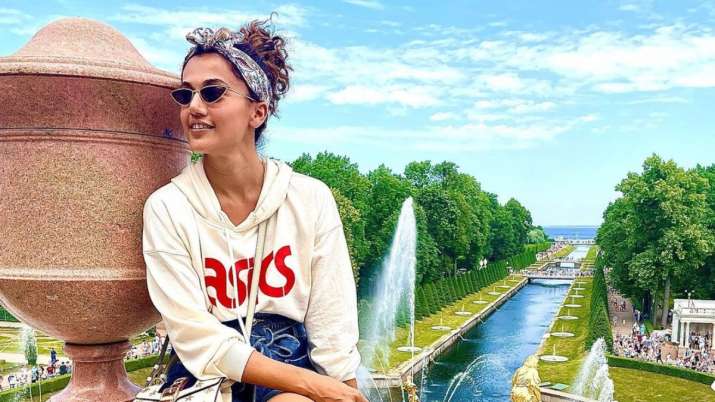 India’s gold medal hopes in women’s singles badminton went up in smoke on Saturday after PV Sindhu lost her semifinal to Tai Tzu-Ying. Likewise, Indian boxer Pooja Rani lost her quarterfinal bout in women’s middleweight category to second seed and 2016 Rio Olympics bronze medallist Li Qian of China by unanimous decision on the same day. Despite an exemplary performance, the two Indian athletes had a rough day. Many across the country came in support of them on social media and encouraged them for a better game next time. Bollywood actress Taapsee Pannu was one of them.

Taking to Twitter Taapsee shared a post for the athletes. She wrote, “for Pooja Rani and Sindhu! We are going to come back stronger!”

In her next tweet, she also posted for badminton players Chirag Shetty and Satwik SaiRaj. “So the only team who defeated the Gold Medal winners in Tokyo 2020 men’s doubles badminton are our boys! I would like to see the glass half full. We have a bright future with @Shettychirag04  and @satwiksairaj And congratulations Chinese Taipei pair, see u next Olympics,” she tweeted.

On the work front, Taapsee was most recently seen playing the lead in Vinil Mathew’s “Haseen Dillruba”, a crime drama that also featured Vikrant Massey and Harshvardhan Rane. the film was released on Netflix.

Apart from this, she will be seen in the upcoming film “Blurr”, which will be bankrolled by her newly-announced production company Outsider Films. The film will be helmed by director Ajay Bahl, best known for his 2019 release, “Section 375”. “Blurr” is jointly written by Pawan Sony and Ajay Bahl.