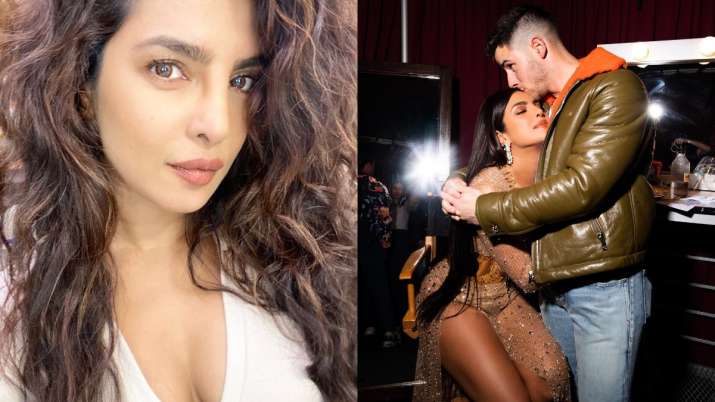 Bollywood actress Priyanka Chopra who is currently in the UK, where she’s filming the upcoming Amazon Prime spy series Citadel, treated her fans with a new picture of herself. Priyanka took to Instagram to share a new selfie. “Selfie mode,” and “Citadel,” were the two hashtags she used in the caption of her post.

Soon after her post fans and followers bombarded the comments section with praises for the actress but it was Nick Jonas‘ comment that caught our attention. He couldn’t help but call her ‘hot’ in the comments section. Priyanka looked breathtakingly beautiful as she donned curly hair.

Taking to her Instagram Stories, Priyanka also posted a picture of herself wearing a blue Bvlgari dress. She wrote in her caption, “Feeling the blue.” 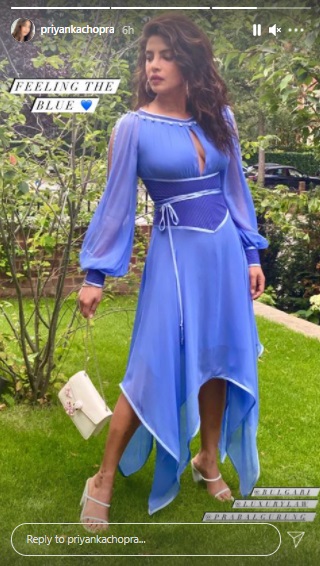 Earlier, the actress had shared a sneak peek of her enjoying summer time in London with her friends and dogs.

On the professional front, Priyanka was last seen on screen in the OTT film “The White Tiger”. The Ramin Bahrani directorial stars Adarsh Gourav and also features Rajkummar Rao in a pivotal role.

She is currently busy with “Citadel”. Helmed by “Avengers” makers Joe and Anthony Russo, “Citadel” is a spy thriller series co-starring Richard Madden slated for OTT release. She also has a  romantic drama Text for You and Matrix in her kitty. A few months ago, she even had launched her memoir — ‘Unfinished’.