Emraan Hashmi flaunts his perfect biceps as he trains for Tiger 3, stuns fans 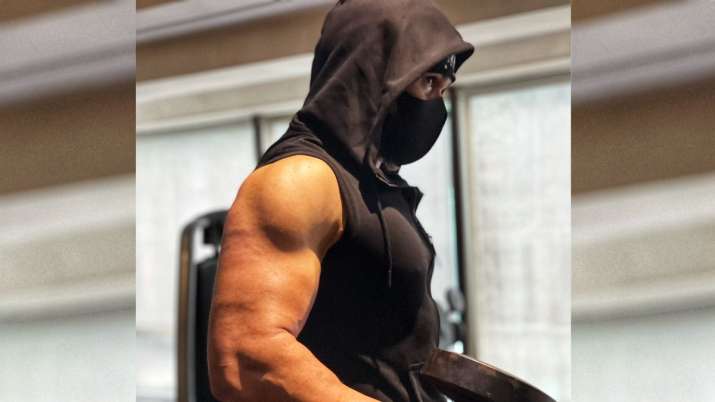 Actor Emraan Hashmi is leaving no stone unturned to do justice to his role in his upcoming film Tiger 3, which stars Salman Khan and Katrina Kaif in the lead roles. Emraan took to Twitter and shared a photo of himself at the gym. He tweeted, “Just another arms day!” He tagged his fitness expert Miihier Singh in the post.

Emraan will play the role of a villain in the film and as per media reports, he would be sporting more than one look.

A few days back, Salman Khan treated his fans and followers with his workout video. Interestingly, Salman hints that he is preparing his body for his upcoming film Tiger 3.

Katrina, on the other hand, has been keeping an extremely low profile with hardly any revelation of how good she is looking currently. There’s a reason to this also,” said the trade source.

The source revealed that the film’s director Maneesh Sharma has planned some “jaw-dropping” and “hugely risky action sequences”.

“Tiger 3” is the third part of the spy thriller franchise starring Salman Khan with Katrina Kaif. The first installment “Ek Tha Tiger” directed by Kabir Khan released in 2012. The second “Tiger Zinda Hai” released in 2017 and was directed by Ali Abbas Zafar.

What Is e-RUPI? Know About Govt’s ‘Revolutionary Initiative’ Ahead Of Launch By PM Modi