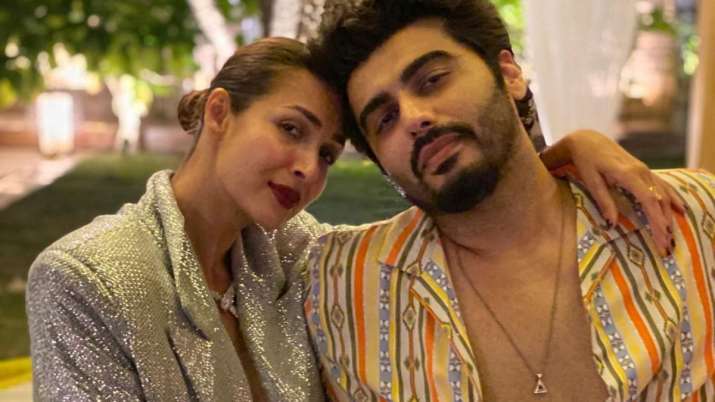 Actors Malaika Arora and Arjun Kapoor are counted amongst one of the power couples of the Bollywood industry. Ever since they have confirmed their relationship, the duo has got more active on social media and keep on sharing adorable posts for each other. Yet again, Arjun and Malaika enjoyed a Sunday lunch date and dropped pictures from the same on their Instagram Stories. They gave their fans a sneak peek into their adorable lunch date.

Arjun posted a candid picture of Malaika and their food. Alongside, the actor informed that Malaika cooked pasta for him. “The pasta and the maker,” Arjun captioned the post.

Malaika, on the other hand, shared a glimpse of their lavish Italian meal, which included spaghetti Aglio e Olio, fusilli tossed with red cherry tomatoes and basil. Not just this, she also gave us a glimpse of her Sunday view. The actress posted a picture of Arjun sitting next to her dog Casper and wrote “My Sunday view.” Re-posting Malaika’s story, Arjun added: “She’s got the best view ever.” 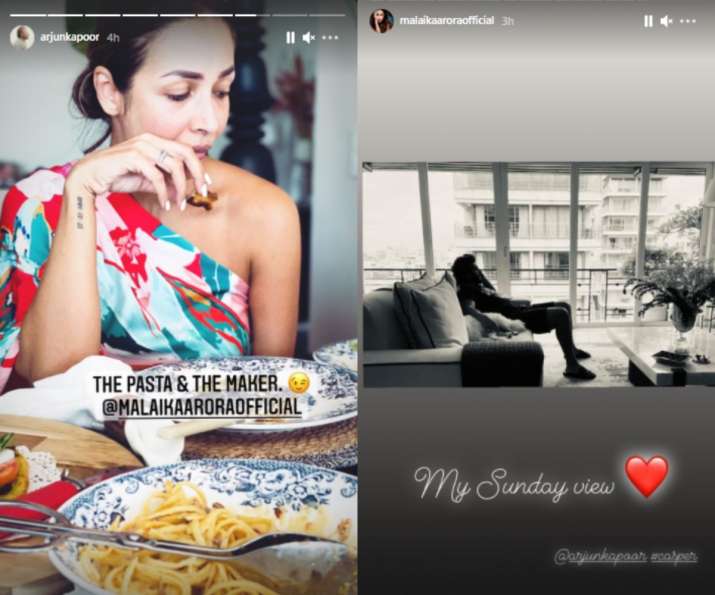 Arjun and Malaika are in a relationship for quite some time now and are often spotted together. However, they made their relationship Instagram official on Arjun’s 34th birthday in 2019. The couple even indulges in social media PDA on special occasions and leave fans in love with their chemistry.

Speaking about his relationship with Malaika, Arjun told Film Companion, “I don’t try and be overtly talkative about my personal life, because I feel you should respect your partner, and there is a past there… And I’ve been in that situation where I’ve seen things pan out publicly and it’s not always very nice, because there are kids affected.”

“I try and keep a respectful boundary. I do what she’s comfortable with. And my career should not hinge on my relationship. So you have to create boundaries. I talk about it today because there is a certain respect and regard given to the relationship. We have given it time. I have tried to give it a certain amount of dignity by giving it space, and not having it be in your face,” he added.