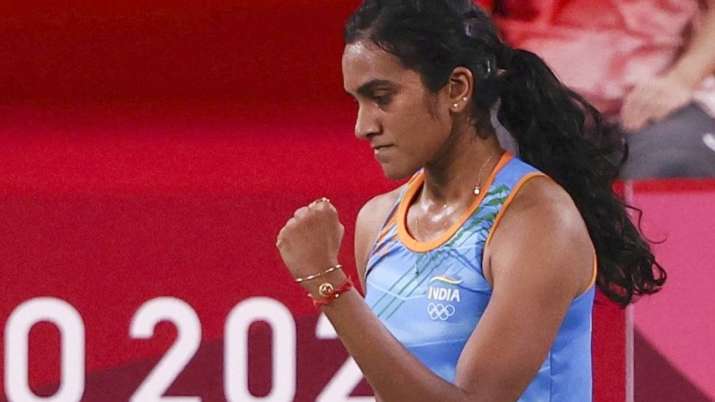 Film stars Ayushmann Khurrana, Taapsee Pannu, Dulquer Salmaan and Abhishek Bachchan among others on Sunday celebrated Indian shuttler P V Sindhu’s bronze win at the ongoing Tokyo Olympics 2020. Sindhu became only the second Indian to win two Olympic medals, securing a bronze after a straight-game win over world no.9 He Bing Jiao of China in the women’s singles third-place play-off.

She had secured a silver in the 2016 Rio Games. Calling Sindhu “one of a kind” sportsperson, Pannu said her win must be celebrated across the country. “Our girl is getting home the bronze! She did it! One colour at a time I say! Come on champ @Pvsindhu1. This calls for a celebration! You are one of a kind, let’s celebrate you!” the “Haseen Dillruba” actor tweeted.

Khurrana shared the news of Sindhu’s win on Instagram and posted applause emoticons, along with that of the Indian flag.

Dhawan shared a video of him and his filmmaker-father David Dhawan watching the match from their house. “PV Sindhu does it again. The world champion,” Varun wrote on his Instagram Story. 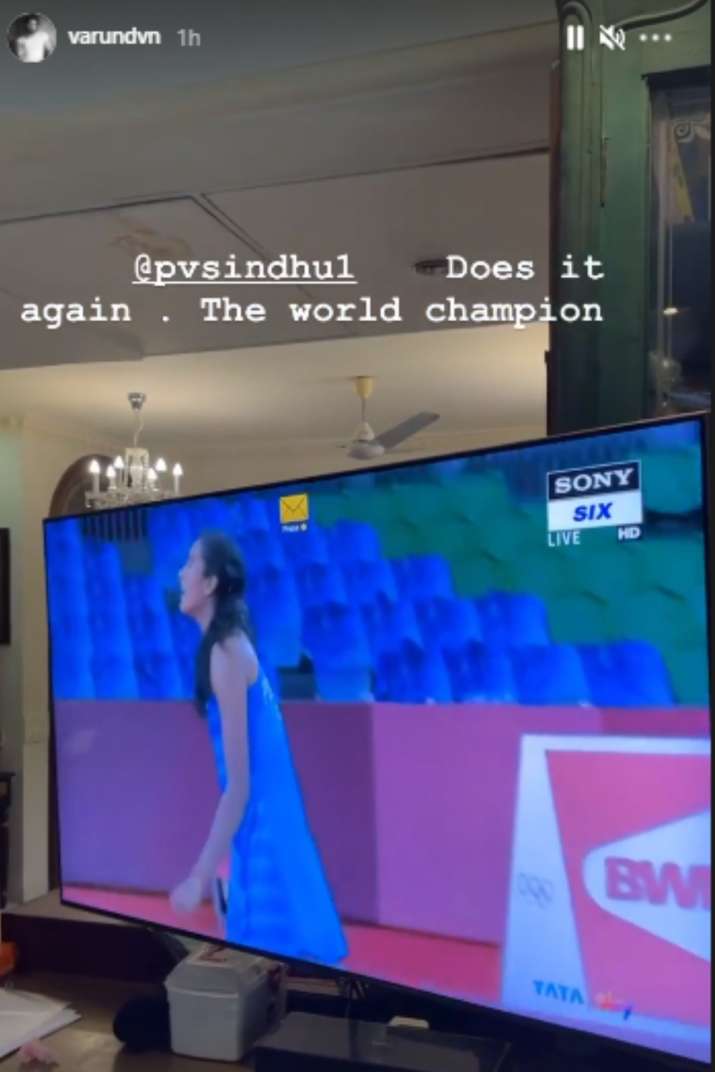 Sindhu, who has returned with medals from each of the big-ticket events such as Commonwealth Games, Asian Games and BWF World Tour Finals in the last five years, outwitted eighth seed Bing Jiao 21-13 21-15 to add a bronze to her silver that she had secured at the 2016 Rio Games.

Dia Mirza said the country is proud of the ace badminton player. “You are Gold Girl @Pvsindhu1. Congratulations. India is proud of you,” she tweeted.

Weightlifter Mirabai Chanu has already gone back after collecting a silver, while boxer Lovlina Borgohain is assured of at least bronze so far. With this win, the sixth-seeded Sindhu also made up for the straight-game loss to world no.1 Tai Tzu Ying in the semifinals on Saturday.

Wrestler Sushil Kumar is the first and only other Indian to win two Olympic medals, following up his bronze at 2008 Beijing with a silver at the London edition.