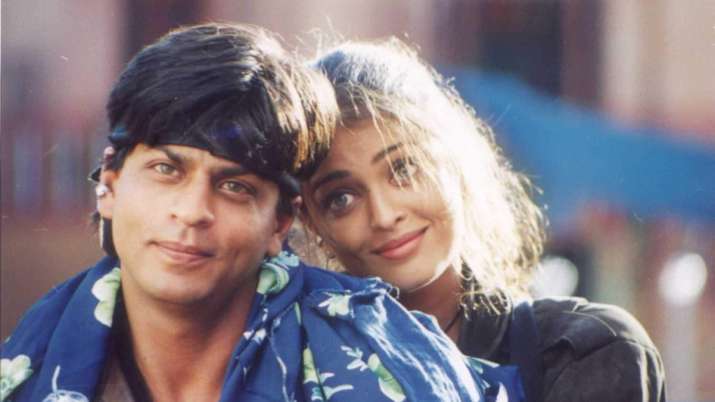 From Sanjay Leela Bhansali’s Devdas to Aditya Chopra’s Mohabbatein, Shah Rukh Khan and Aishwarya Rai Bachchan have set the big screen ablaze with their sizzling chemistry. But it was in the year 2000 when they surprised the audience with their refreshing pairing as brother-sister in this Mansoor Khan directorial, Josh. The duo won many hearts with their sweet camaraderie and gave major brother sister goals.

The most interesting part of the plot was that the Bollywood superstars played twins. However, this still confuses the audience. And you won’t be surprised but Shah Rukh Khan also reiterated the same feelings. In one of the throwback videos which is going viral on the internet, SRK can be seen speaking about his and Aishwarya’s casting as siblings in Josh.

The video clip is from an award ceremony where both Shah Rukh and Aishwarya Rai are on stage. Taking a jibe at their own film Josh, Shah Rukh said, “I had the most beautiful woman in this world, playing my sister, that too twin. People also told me both of us look alike. And I’m still living under this impression that if I played her twin brother, I definitely resemble her, even if a tiny bit.”

Meanwhile, SRK and Aishwarya were last seen together in Karan Johar’s ‘Ae Dil Hai Mushkil’ that starred Ranbir Kapoor and Anushka Sharma in the lead roles. Shah Rukh made a small cameo, he played the role of Aishwarya’s ex-husband in the film.

On the work front, Shah Rukh Khan will next be seen in Pathan. The film is backed by Yash Raj Films and also stars Deepika Padukone and John Abraham in pivotal roles. Salman Khan is also expected to do a cameo in the film.

Earth, Saturn to come closest today. Here’s when it will be visible in India