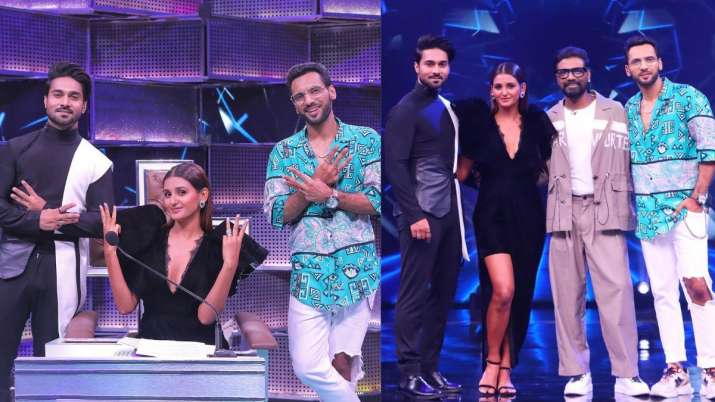 Television’s popular dance reality show, Dance Plus is returning back with its sixth season. Choreographer Shakti Mohan who will be gracing the judge’s panel took to her Instagram account and shared a few pictures from the sets of the show. Shakti Mohan shared the pictures and wrote: “Need your love & blessings. We are starting this amazing journey of #danceplus with incredible talent across India. Let’s make it EPIC. All the best dancers, lots of love to you all”

Ace choreographer Remo D’souza, who spearheads Dance Plus, poured in his wishes in the comments section. Terence Lewis also dropped his best wishes for the team.

The pictures also featured Punit Pathak and Salman Yusuf Khan who will be joining Shakti in judging the show. For the unversed, the previous season had Shakti, Punit and Dharmesh as the judges. However, Salman has replaced Dharmesh for the sixth season. This year Dharmesh is judging another dance reality show Dance Deewane on a different channel, and thus wouldn’t be part of the show. Raghav Juyal will continue to host the show.

Remo D’souza has also been sharing pictures from the sets of  Dance Plus 6.

Remo has also worked with Shakti Mohan, Punit Pathak and Salman Yusuf Khan in his film franchise ABCD (Any Body Can Dance).