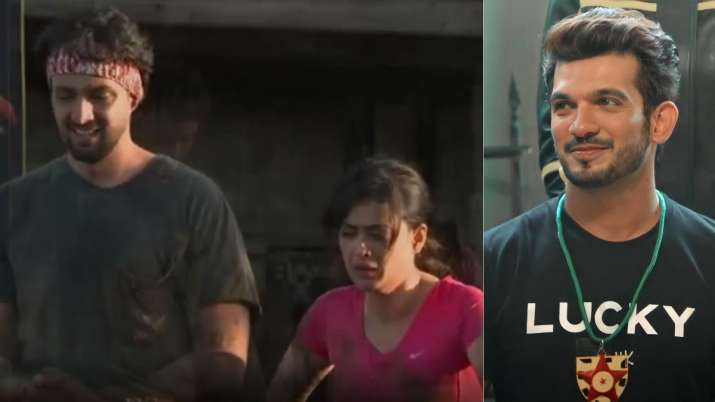 Khatron Ke Khiladi 11 has been ruling the hearts of its fans ever since its premiere. The stunt-based reality show hosted by Rohit Shetty welcomed a number of celebrities to Cape Town to overcome their fears. However, in the race, Bigg Boss 14 fame Nikki Tamboli got evicted in the first week itself. Now, Sourabh Raaj Jain became the second contestant on the show to be evicted on Sunday evening.

Sourabh Raaj Jain who was safe before the task that decided his fate was nominated by Arjun Bijlani who chose to use his “K Medal”. Meanwhile, Shweta Tiwari wasn’t too happy with Arjun’s decision as she felt that it was unfair for Sourabh as he had earlier cleared tasks and was safe.

For the task, Sourabh, along with Anushka Sen and Meheck Chahl, had to find keys from a cabinet full of cockroaches and snakes. Sourabh took the maximum time i.e 34 minutes to finish the task. Rohit Shetty then told him that he may not deserve to be evicted but he will have to leave the show as he failed the task.

Arjun Bijlani was also disheartened with Sourabh’s eviction. He also apologised to him and said, “I do not know how will I compensate for this ever. But I will try.”

On Sunday’s episode, Divyanka Tripathi impressed fans as she aced the task in which she had to cross a giant swing in the middle of the air, above water. She completed the task in three minutes 36 seconds, while Mahekk completed it in 10 minutes and Vishal Aditya Singh could not complete the stunt.