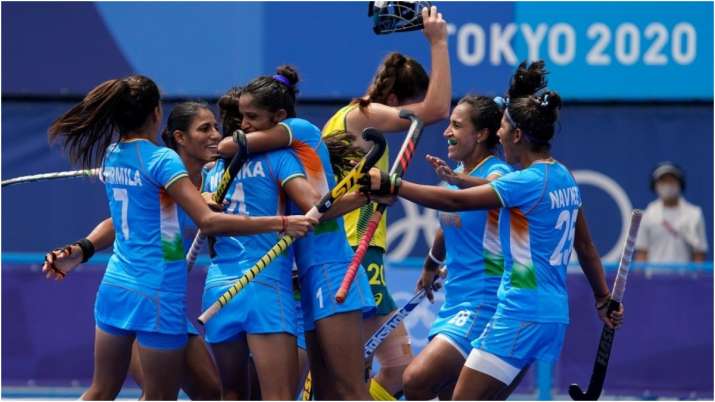 The Indian women’s hockey team made history on Monday as it stormed into the semifinals of the Olympic Games hockey tournament for the first time. India defeated world No. 2 Australia 1-0 in the quarterfinals for their maiden entry into the medal rounds of the Olympic Games hockey tournament. This is India’s biggest win in women’s hockey as the team is playing in the Olympics only for the third time and had struggled to the knockout rounds, finishing fourth in Pool A.

Social media was instantly lit up with praises for the Indian team after their historic win. B-town too celebrated their victory by sharing congratulatory posts on Twitter. What a match .. Super defending .. Real imitates Reel #ChakDeIndia History created by the Indian Women’s #hockeyindia first semi final like ever #INDvsAUS #Olympics2020 #TokyoOlympics2020,” tweeted Randeep Hooda.

“Our chakk de moment never felt more real! Our girls beat Aussies 1-0 and storm into semis !!!! Go for it @imranirampal your girls have our heart!” wrote Taapsee.

India defeated world No. 2 Australia 1-0 in the quarterfinals to storm into the last-four stage, marking their maiden entry into the medal round with a brilliant performance against a team that had dominated the tournament so far and was one of the favourites to win the gold medal.

The Indians attacked aggressively, defended stoutly and controlled the midfield that allowed them to enjoy possession in the first half. Australia could not get into their rhythm early on and kept chasing the ball in the entire match.