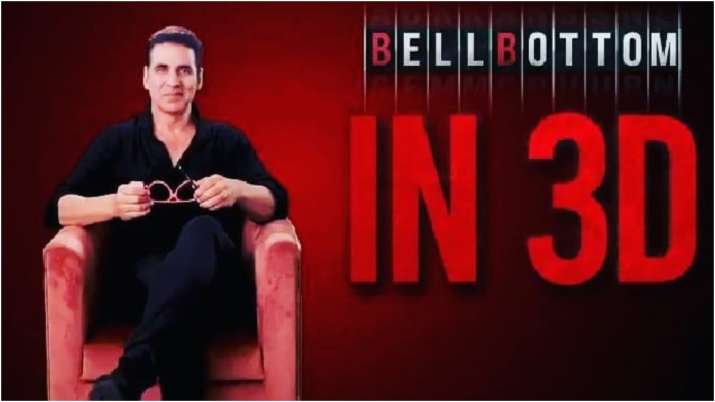 While the fans are still rejoicing over the return of their favorite superstar Akshay Kumar to the big screen with his upcoming film ‘Bellbottom’. The actor has given them another reason to be back to the theatres. This espionage thriller that also stars Vaani Kapoor, Lara Dutta, and Huma Qureshi in important roles will be released in 2D as well as 3D formats.

The sneak peeks into the Ranjit M Tewari directorial, the teasers, the foot-tapping music and the star cast have already made a huge impression on fans. It will be interesting to see if the move will draw the audience to the theaters.

Akshay’s “Bell Bottom” is a retro spy thriller set in the 80s, is shot mostly in the UK, mixes sleek espionage action with pop patriotism drama, is reportedly based on a true story.

Headlined by Akshay Kumar, the film and is presented by Pooja Entertainment in association with Emmay Entertainment. It is produced by Vashu Bhagnani, Jackky Bhagnani, Deepshikha Deshmukh, Monisha Advani, Madhu Bhojwani and Nikkhil Advani.

Meanwhile, Akshay currently has half a dozen films lined up. Of these, “Bell Bottom”, “Sooryavanshi”, “Atrangi Re” and “Prithiviraj” were scheduled for a 2021 release. Two other films of the superstar, “Bachchan Pandey” and “Ram Setu”, are slated for next year, and Akshay has reportedly completed almost all shooting, except “Raksha Bandhan”.

Jitan Ram Manjhi’s Party ‘HAM’ To Contest UP Assembly Elections, To Bring Bihar Model In UP