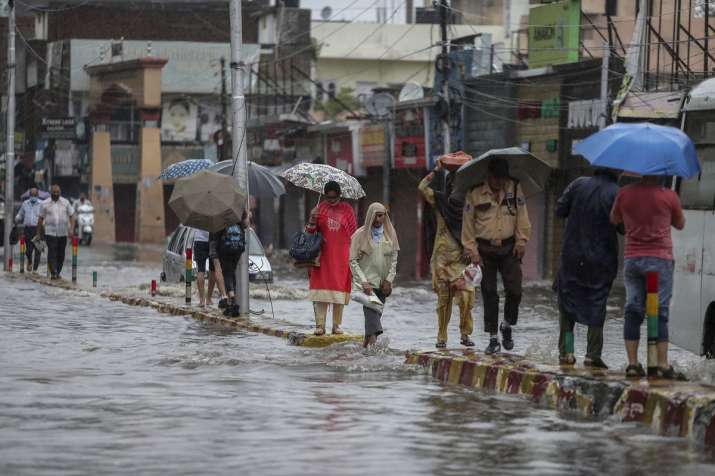 Incessant overnight heavy rain, followed by intermittent showers, threw parts of Mumbai out of gear on Sunday morning. Mumbaikars witnessed intense rainfall that brought life to a standstill as streets get flooded. Severe waterlogging was reported from various parts of the city, vehicular traffic and local train services are disrupted. The India Meteorological Department (IMD) has issued a red alert for Mumbai in the backdrop of heavy rains, a BMC official said. Several long distance trains on both Central railway and Western Railway were affected due to the flooded tracks.

7:55 am | 11 killed after wall collapse on some shanties in Chembur due to landslide, several feared trapped

“@WesternRly Currently No local train services are running in both UP and DN direction till further notice due to water logging at multiple locations,” divisional railway manager of Western Railway’s Mumbai division tweeted.

6:28 am | Group of men enjoy dips in the middle of the waterlogged King Circle | VIDEO

6:00 am | Mumbai would receive “heavy to very heavy” rainfall