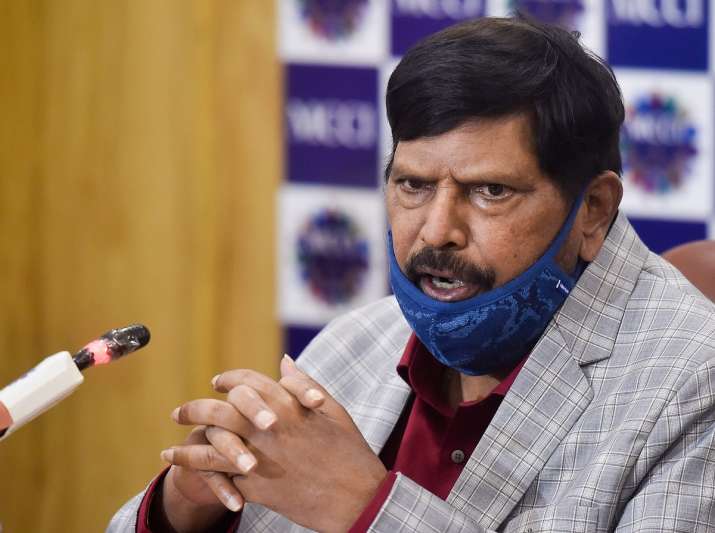 On NCP leader and Maharashtra minister Nawab Malik’s clarification that two parties would not come together due to ideological and political differences, Athawale said, “Even Shiv Sena, Congress and BJP were on different shores on a river, but they came together. Why can’t BJP and NCP come together? The Constitution framed by Babasahed (Ambedkar) tries to bring different sides together.”

“I request Sharad Pawar Ji that he should change his decision. The support that he gave to Shiv Sena must be withdrawn. Congress party is repeatedly warning you. Congress’ Nana Patole is repeatedly giving controversial statements against Pawar Ji. That’s why I feel that Sharad Pawar Ji should come with NDA,” said the Union Minister.

He further claimed that Congress has supported Shiv Sena in Maharasthra for more than past one year because of NCP and Sharad Pawar, but, “government is not running the way it should.”

He also reacted to Shiv Sena MP Arvind Sawant’s claim that Pawar met PM Modi on farmer’s issue, and said, “Even if they talked about farmers issue, then too it was good. The agitation should end, and farmers should get justice. Sharad Pawar has previously said that there is no need to repeal the law but should be amended to resolve the issues of the farmers. Whatever be the conversation, Sharad Pawar’s friendship with PM Narendra Modi should remain good.”

Pawar met PM Modi on Saturday, two days before the beginning of the monsoon session of Parliament on July 19. The meeting came at a time when speculation of trouble among the MVA allies is rife.