Ahead of UP polls, BSP to hold ‘Brahmin Sammelan’ in Ayodhya from July 23 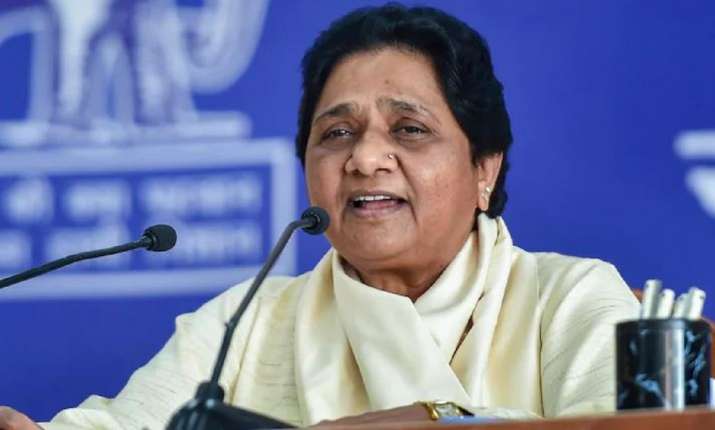 The Bahujan Samaj Party is to hold a ‘Brahmin Sammelan’ in Uttar Pradesh’s Ayodhya from July 23 to woo the upper caste community ahead of the Uttar Pradesh assembly elections 2022. Commenting on the plans, BSP chief and former UP Chief Minister Mayawati said she has endowed the responsibility of the event on party national general secretary Satish Chandra Mishra, who is expected to kickstart the Sammelan after ‘Darshan’ of Lord Ram.

The first leg of the Sammelan will be conducted between July 23-29 in six districts of the state, in similar lines of a campaign that was held by the BSP in 2007 and tickets were given to Brahmins in adequate numbers.

On Friday, more than 200 Brahmin leaders and workers of the BSP reached the party office to discuss strategy for the polls.

Meanwhile, on Thursday, Mayawati had slammed the BJP and the Samajwadi Party using the “jungle raj-like anarchy” jibe to target them and their current and past governments in Uttar Pradesh and also claimed widespread irregularities in the recently held panchayat elections in the state.

“The jungle raj-like anarchy prevailing also under the BJP rule in Uttar Pradesh is no less than what it was under the previous Samajwadi Party regime,” she said in a statement issued in Hindi.

She alleged the BJP deployed money and muscle power, misused the State machinery, similar to what the SP did when it was in power, and claimed victory on most seats in Zila Panchayat and Block Pramukh polls.

“This has shamed democracy once again. This is condemnable, unfortunate and a cause of worry for all,” she said.