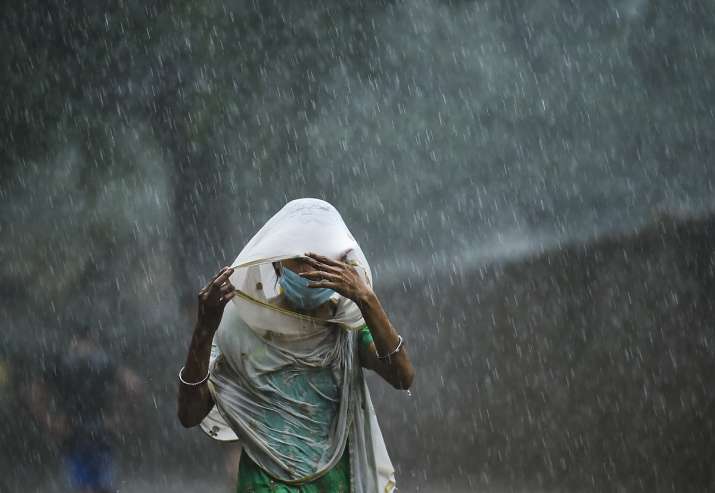 The India Meteorological Department (IMD) has predicted intense rainfall activity over north India from July 18-21 and over the west coast till July 23. The IMD said moderate to severe thunderstorms with lightning are very likely at isolated places over Uttar Pradesh, Gujarat, Madhya Pradesh, and east Rajasthan during the next 24 hours.

“They may cause injuries leading to casualties to people and animals staying outdoor,” the MeT department cautioned. The IMD said rainfall activity is very likely to increase with widespread rainfall to isolated heavy to very heavy rains very likely over the western Himalayan region (Jammu, Kashmir, Ladakh, Gilgit, Baltistan and Muzaffarabad, Himachal Pradesh and Uttarakhand) and adjoining northwest India  — Punjab, Haryana, Rajasthan, UP and north Madhya Pradesh — from July 18 to 21.

There will be decrease in rainfall activity over the same regions thereafter. Isolated, extreme heavy rainfall is also very likely over Uttarakhand on July 18 and 19 and over northwestern parts of UP on July 19.

Moderate to heavy rainfall at isolated places are also very likely over Delhi and Chandigarh on July 18 and 19. Western and southern India is also expected to receive heavy rains.

Widespread rainfall with isolated heavy to very heavy rains are very likely to continue over the western coast and adjoining inland areas during the next 5-6 days.

Heavy rains have been battering parts of Maharashtra. The IMD said isolated, extremely heavy falls are also very likely over Konkan region and Goa adjoining the ghat areas of central Maharashtra, coastal and south interior Karnataka during July 18 to 19 and over Gujarat region on July 18. Isolated heavy falls are likely over east and adjoining central India from July 22 onwards.

Also Read: Delhi Monsoon: Why onset of rains getting more unpredictable every year?

Ahead of UP polls, BSP to hold ‘Brahmin Sammelan’ in Ayodhya from July 23