Ahead of protest outside Parliament, Delhi Police meet farmers’ delegation 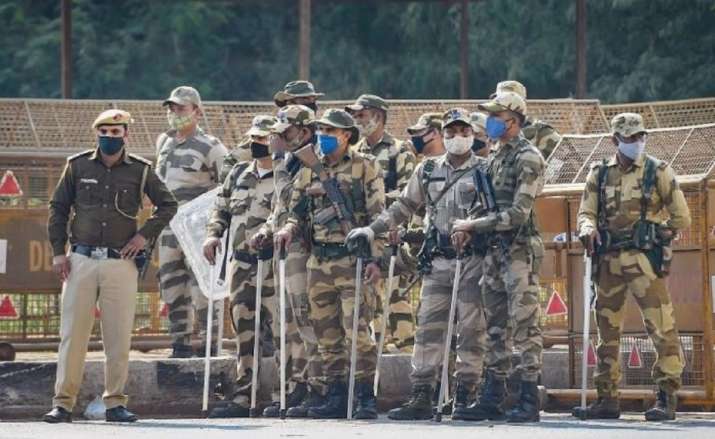 Ahead of a planned protest by farmers in front of Parliament during its Monsoon Session, officials of Delhi Police officials on Sunday met a delegation of farmers. Farmer unions are planning protests from July 22 till the scheduled end of Parliament’s monsoon session to demand scrapping of the contentious farm laws and a legal guarantee on MSP.

According to police sources, during the meeting with farmers, the officials of Delhi Police suggested alternative venues to protest in the national capital.

Bharatiya Kisan Union (BKU) leader Rakesh Tikait on Wednesday said the protest would be ‘peaceful’ despite the country witnessing violence on Republic Day when protestors reached Red Fort as a part of their ‘tractor rally’ protest.

“It will be a peaceful protest. We will sit outside the Parliament while proceedings will continue in the House,” Tikait said.

He further said 200 people will go to the Parliament via bus. “We will pay the fare of the bus,” added the BKU leader.

The protest will be held between the scheduled dates of the monsoon session, which is said to commence on July 19 and conclude by August 13.

Earlier, on January 26, protesters broke barricades to enter New Delhi and clashed with police in several parts of the national capital during the ‘tractor rally’ protest organised by farmers.

The protestors had also entered the iconic Mughal era monument Red Fort and unfurled their flags from its ramparts.

Farmers have been protesting on the different borders of the national capital since November 26 last year against the three newly enacted farm laws: Farmers’ Produce Trade and Commerce (Promotion and Facilitation) Act, 2020; the Farmers Empowerment and Protection) Agreement on Price Assurance and farm Services Act 2020 and the Essential Commodities (Amendment) Act, 2020.

Farmer leaders and the Centre have held several rounds of talks but the impasse remains.