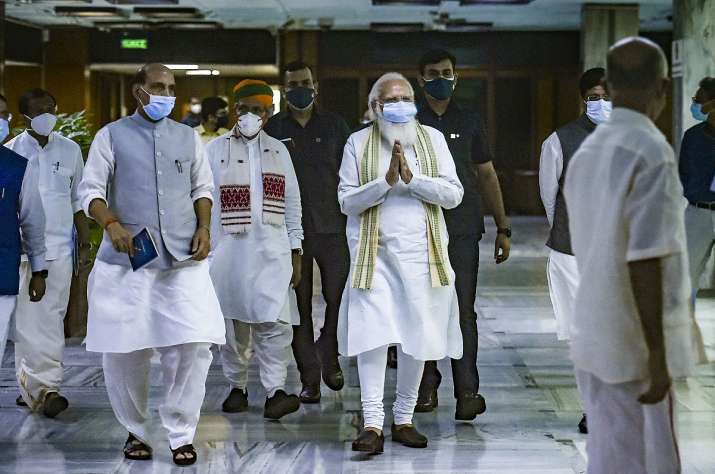 At the meeting attended by 33 parties, the prime minister said suggestions from public representatives, especially from the Opposition, are valuable as they make the discussion rich.

The meeting was held a day ahead of the Monsoon session of Parliament and was attended by Prime Minister Modi and floor leaders of various political parties.

The Monsoon session of Parliament will start from Monday and is scheduled to conclude on August 13.

On day one of the session, the prime minister will introduce the newly inducted ministers to both the Houses.

It is the convention that after the formation of a new government or an expansion or reshuffle in the Union Council of Ministers, the prime minister introduces new ministers in both the Houses.

There was a major rejig in the Union Council of Ministers recently. While several new faces were inducted, some ministers were elevated to the Cabinet rank and portfolios of some others were changed.

Some new members who recently entered Lok Sabha following bypolls would also take oath as members of the lower house on Monday.

Farmer’s protest near Parliament: Delhi Metro to keep extra vigil at 7 stations; may shut if needed