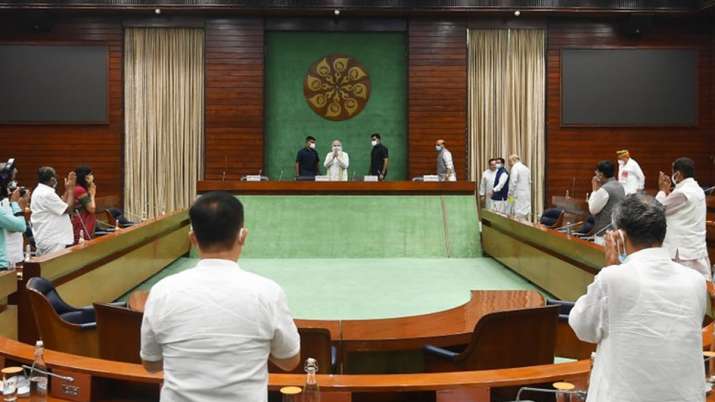 Prime Minister Narendra Modi chaired a meeting of NDA floor leaders on Sunday, a day ahead of the Monsoon session of Parliament.

During the meeting, Modi advised all the leaders to have maximum participation during discussions in the Parliament. He asked the parliamentarians and ministers to come to the Parliament with utmost preparedness.

Besides, Modi stressed on better floor coordination in the Parliament, and asked the leaders to remain present as much as possible.

The meeting was called to finalise the floor strategy for the session.

The Monsoon session of Parliament is scheduled to continue till August 13.